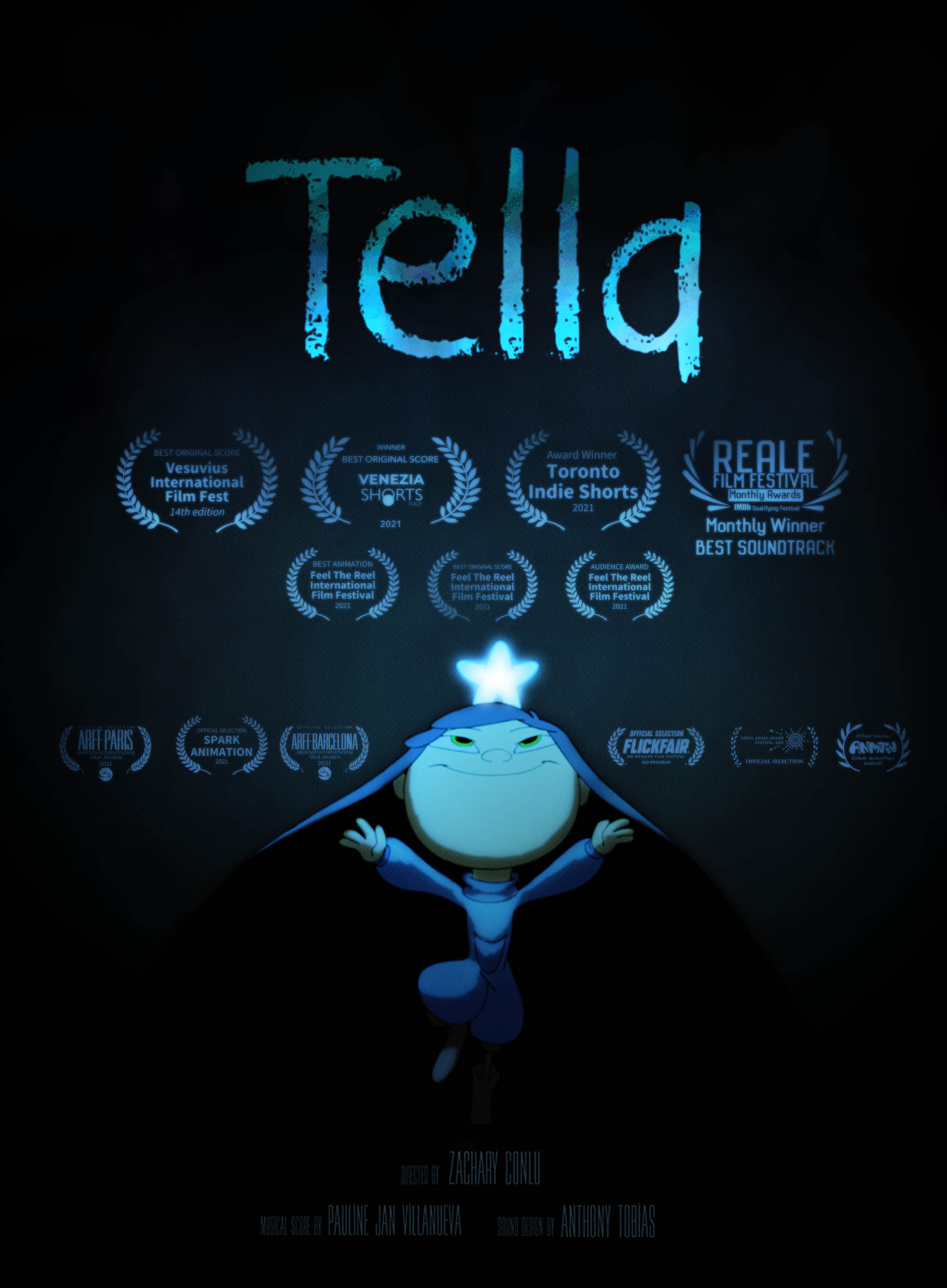 Tella, a short Filipino animated film on a mysterious girl and a misplaced star, has earned multiple recognitions in film festivals across the globe.

The 12-minute piece follows the journey of a little girl during a good night’s sleep. She was woken up by a fallen star who wishes to return to the night sky.

The short was written and directed by Filipino animator Zachary Conlu, who trained in the Animation Program of the De La Salle-College of Saint Benilde. He said that the award-winning short was created as a magical world where Tella can play carefree.

“I’ve had Tella in my head since college days. She was always lingering, appearing in the doodles I made during class, finding her way on my notebooks, sketchbooks and different papers I could get my hands on. But strange as it may seem, I never really knew who or what she was,” the artist said.

“The story grew in my head till it became an epic—different characters sprang up and Tella became nothing more than this side character.”

So when it was time finally to put this vision into film, Conlu realized that it was time to turn the spotlight on Tella and give her the back story she deserves.

Tella leads spectators in an adventure far from the worries of daily life and reminds them of the value of friendship and trust.

“I would like to achieve that sense of escapism in my films—go to new worlds, make new friends, meet some heroes and perhaps fall in love. Then return to the real world, bringing all these new wonders along. In that way, maybe make life a bit more bearable,” Conlu explained. “That’s one of the best feelings I think—to find out that people watched Tella and it helped them forget all of their problems even if it’s only for a little while.”

With the help of fellow Benildeans Pauline Jan Villanueva, who composed the musical score, and Anthony Tobias, who was tapped for sound design, Conlu’s Tella won the hearts of many viewers across different competitions here and abroad.

It was also recognized at the Feel The Reel International Film Festival UK with Best Original Score, Best Animation and Audience Awards.

It garnered the Best Sound Design Award at the International Cosmopolitan Film Festival in Tokyo, Japan.

Musical scorer Villanueva was also hailed as Best Composer at the Toronto Indie Shorts in Canada.

The film was included as an Official Selection at the Tokyo Anime Award Festival, Spark Animation and Around International Barcelona, where it bagged the Best Animation.

It was recognized with the Best Animation Award in the Kalakari Film Festival in India.

In the Philippines, Tella was nominated for Best Director and Best Editing and won Best Sound Score and Best Sound Design titles at the CineANIMO Film Festival.