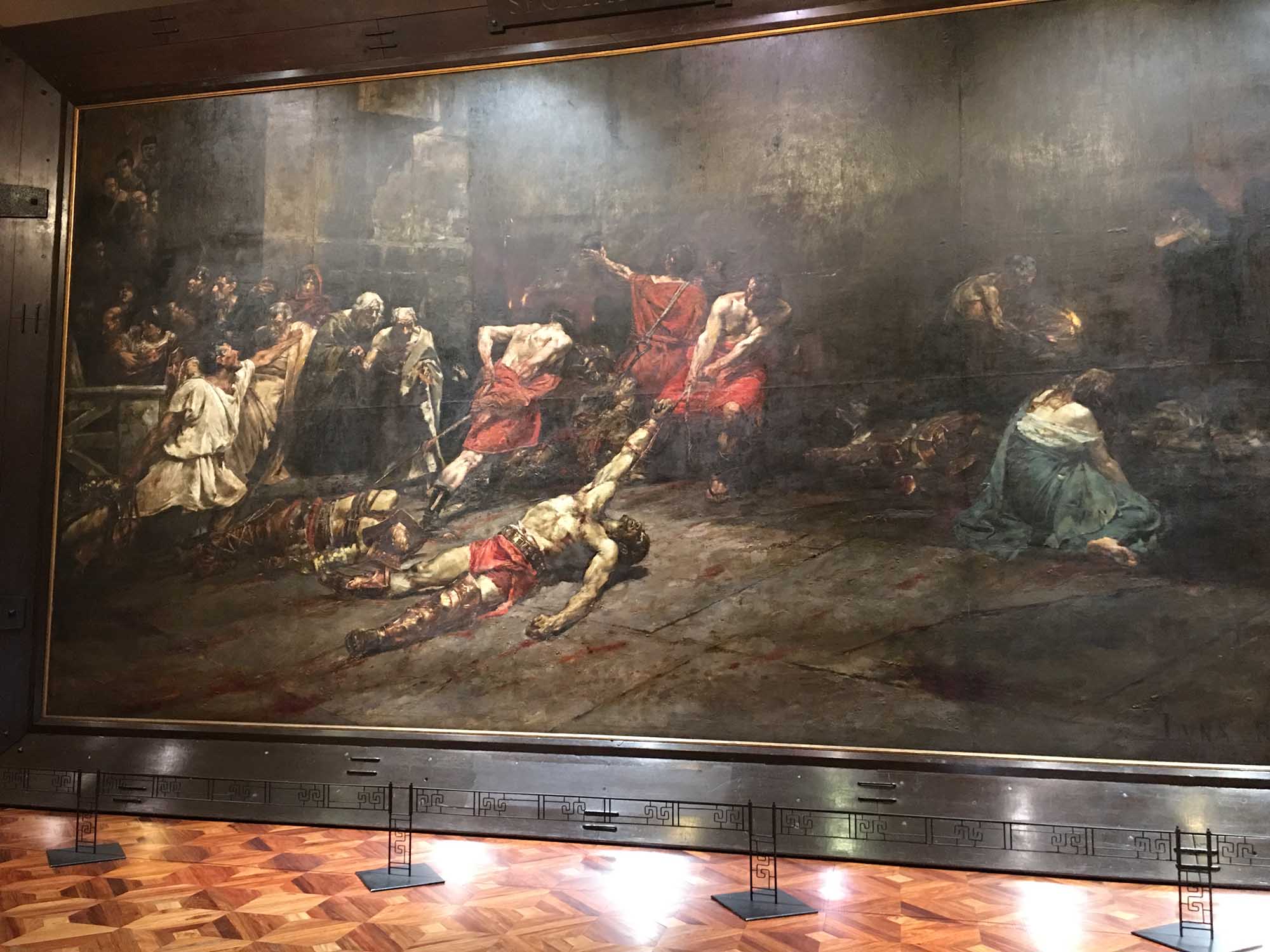 It has been a year since animator and De La Salle-College of St. Benilde multi-media arts professor Mark Cañega posted his very famous video where he animated a Fernando Amorsolo painting—“A couple riding a carabao amidst the rice fields”—and used the song, “Sa Sulyap Mo” by Diomedes Maturan as background music. “My original plan was to create a series of animation based on his oil paintings but with my occupied schedule, I think that’s far from possible,” Cañega said in his post last year.

Today, a year after, he created another animated piece, this time the “Spoliarium” of Juan Luna in time for the 2022 National Arts month which is February. “It’s always on my list to animate old paintings,” Cañega said and admitted that the amount of details for animation was really hard to accomplish.

However, after he posted the animated Amorsolo painting last year, many Filipinos asked him to animate “Spoliarium” next—“So it gave me the motivation to do it, plus I really want to challenge myself if I’m capable of doing it now.”

Juan Luna’s “Spoliarium” is a Filipino icon—an art masterpiece that has become the symbol of the country’s colonial past and even of the continuing struggle against oppression. It is a must-visit for students on field trips and is in their Araling Panlipunan books. This moving masterpiece shows the bloodied bodies being dragged as onlookers watch in shock and grief. The wonders of technology create a different effect, as the viewer sees the figures moving in one-minute animation.

The ” Spoliarium” won in the Madrid Exposition of Fine Arts in 1884, besting the works of Spanish artists. Cañega stresses that the art piece has an underlying message —“The gladiators represent our country—the Philippines, a land of rich and vibrant culture. But a twist of fate left the nation weapon-less and no garment to protect its dignity.” The bodies of dead gladiators being dragged depict the oppression and suppression suffered by a colonized people, and the onlookers are like indifferent Filipinos who had the strength to do something but wouldn’t, while the crowd in mourning represents those who suffer the country’s plight yet still have hope.

The creative process was not smooth sailing for Cañega who tried to do the animation countless times last year because he was not happy with the output. The final animation took him three weeks to finish—this included the repainting of each character and animating it. Tedious the work was, this personal project, he said, was itself an escape from work. “It’s always nice to do something for yourself in order to recharge your creative juices and avoid being burned out.”

As finishing touch, Cañega used the kundiman, “Pasiya ng Langit”,  by Conchita Rosal as musical background. “I always wanted to put Conching Rosal’s songs in one of my works. She’s really great and I really love the high pitch of the song, it gave more intensity to the painting.”

Even if the “Spoliarium” is not a romantic artwork, not idyllic as an Amorsolo, Cañega believes that doing something for love of country is worth every kundiman song.