She lands a Bench billboard campaign—at 20 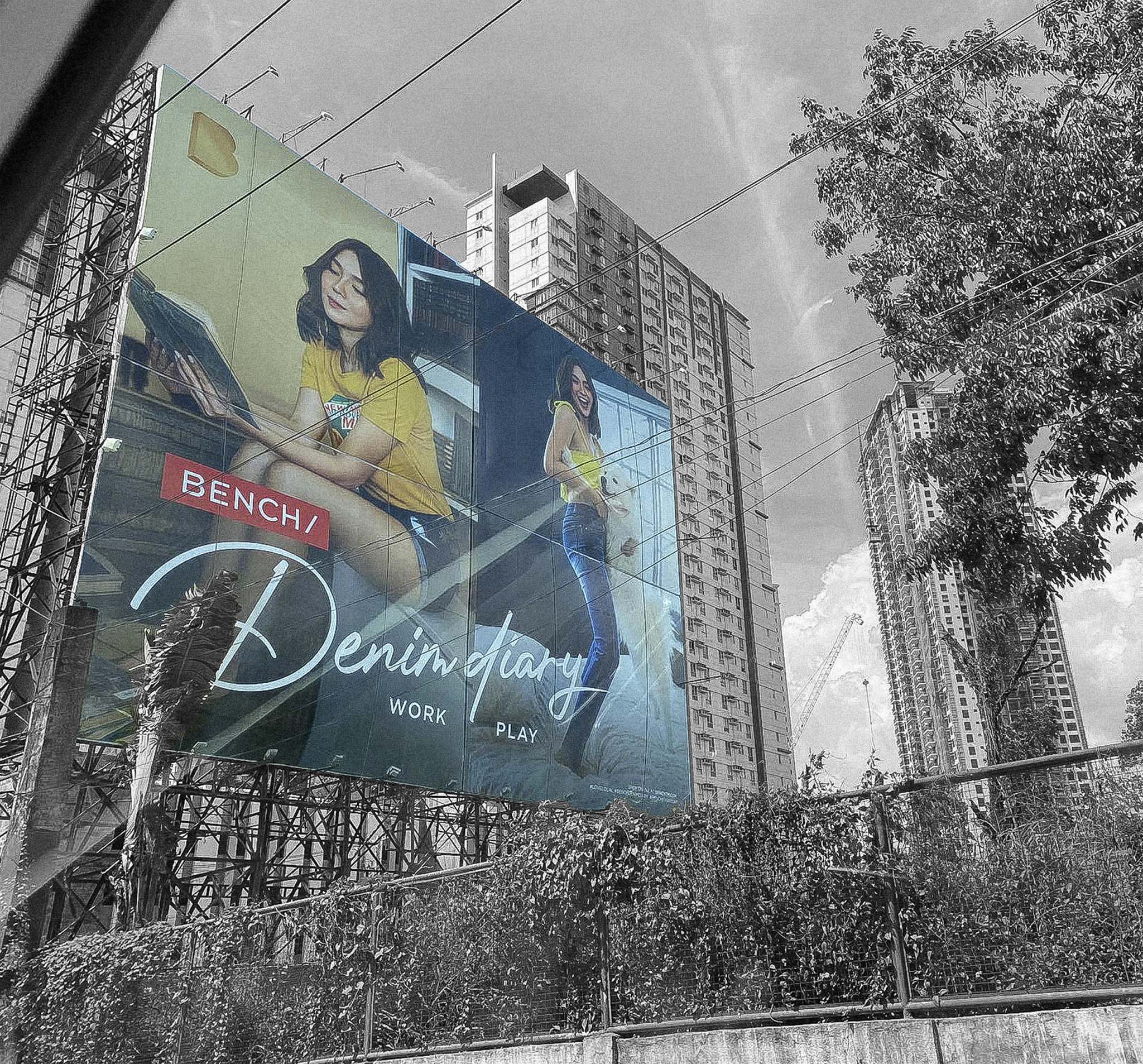 I have never imagined my photograph being printed taller than me

For Multimedia Arts student Kimberly Montes, 20, from MINT School of Fashion, it all started in her fashion events class in school. “We were required to participate in a behind-the-scenes tasks using our individual strengths—mine was photography,” she said.

She was assigned to cover the Red Charity Gala held October last year, and other shows like Bench Fashion Week and Ternocon 2020—a terno design workshop and competition. Then one day she received a message from Bench saying they loved her shots and wanted her to do behind-the-scene shots of their campaigns.

One thing led to another and then she was finally asked to shoot an actual campaign. Her first two were social media campaigns for Bench. A third was a billboard campaign of Kathryn Bernardo called “Denim Dairy.”

Montes admitted she was nervous at the start, which is normal for most young people if put in that position, but instead of fretting she used that energy to plan and research. “I would start with researching about the brand I am shooting for.”

She’d write down what the shoot was about, the client’s expectations, the audience, the concept, which celebrity/model and crew she’d be working with, etc.

“Everything that should be thought of and set before the shoot is plotted in advance,” she adds. “When all that is done, I’d focus on my personal approach based on the concept. I would think to myself about what I could bring that has never been done before.”

But once she started shooting, she realized it was intimidating as she initially thought. “In fact, they she was really humble and easy to work with. Especially when you know what you are doing,” Montes says. “Everything you see in the photo is curated.”

London-based Filipino designer Lesley Mobo, who is MINT’s Industrial advisor, is part of the school’s special program where he proposed the idea to allow students not just to be a student but to have an opportunity to work in a professional environment. “I wanted even at a student’s stage they act and behave like they are working professionals—like preparing already for the real world,” Mobo says.

“In the end the students benefit a lot because by the time they graduate they already have the confidence and industry contacts,” Mobo adds.

Montes looks up to photographers like Bill Cunningham, Peter Beard, Peter Lindbergh, and Paul Nicklen and local photographers, Toto Labrador, Veejay Villafranca, and Albert Labrador. But she also admits she doesn’t want her photography to be limited to a specific “style”,

“Photography for me is not just about taking beautiful photos, it’s about capturing effective images that make a difference, maybe even an impact. That is why my work and style will always depend on the creative brief.”

She finally saw her shots along Edsa. “It was surreal. I have never imagined my photograph being printed taller than me. I am forever grateful for all the opportunities and I am humbled by how that brought me here!”

And this is just a start for her, she adds that from this experience, she learned that work ethic, research, and planning are extremely important—“To take every work given to you with special care, love, and effort whether it is big or small, paid or not, to grow with your craft and unleash your creativity.”