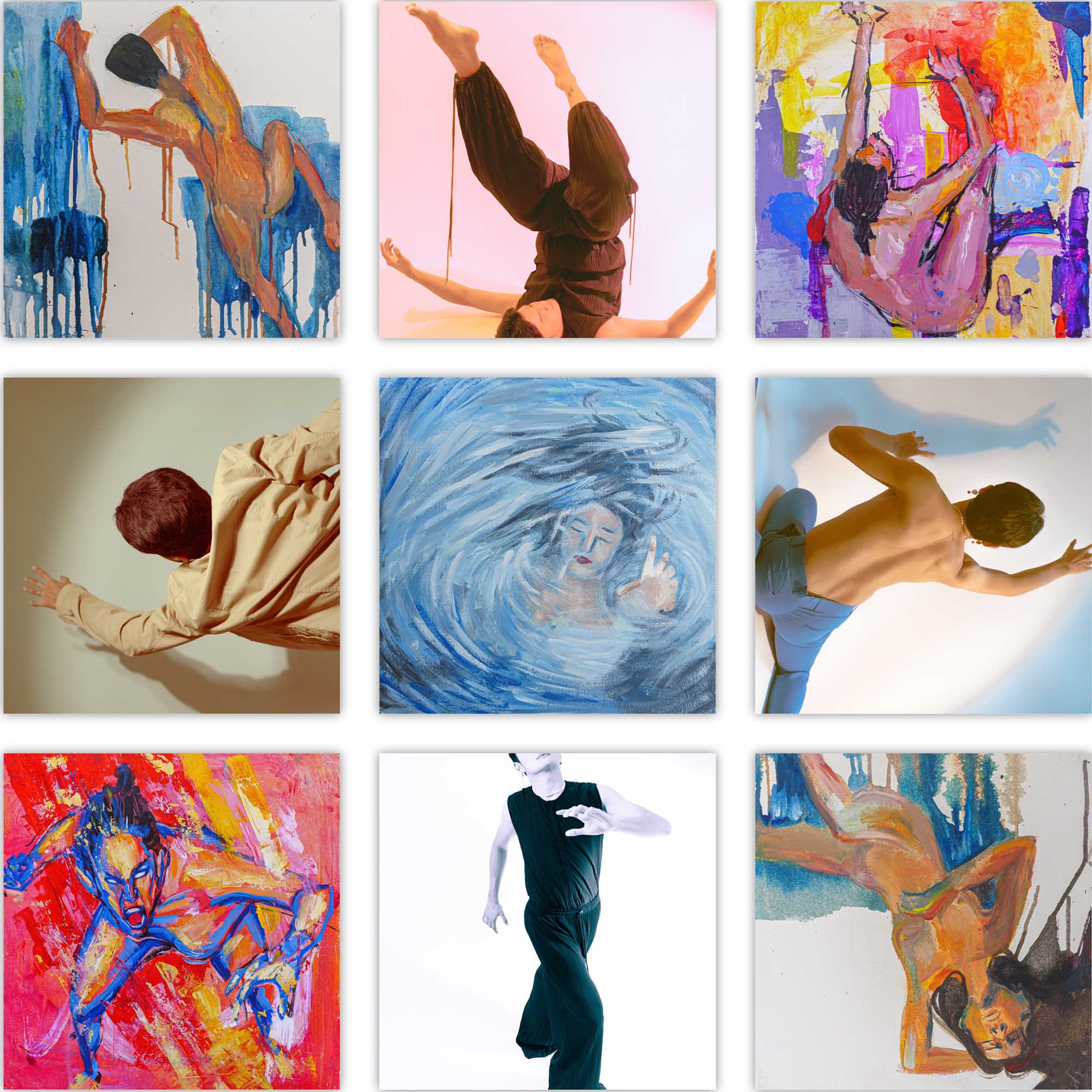 De La Salle-College of St. Benilde third year digital film student Lem Atienza wanted to have a creative outlet to express what he felt about having been in lockdown for one year. That was how he started GALAW! GALAW!.

“It’s about the craving of human bodies to be released and to move out from the corners and walls the pandemic has built,” explains Atienza. It’s also a commentary on the government’s slow-paced efforts in trying to alleviate the dire effects of this crisis in our country.

“The pandemic physically, mentally, and financially affected all Filipinos,” Atienza says.  “We were physically barred and constrained metaphorically inside a box during the first few months of the world’s most prolonged lockdown.”

When the group met, the original concept they thought of was “a new beginning for Filipino creatives through art and healing.” But then a thought lingered, “How can we have a new beginning if we don’t move? Thus it led us to the direction of the GALAW! GALAW! Idea,” Atienza recalls.

“We all agreed on the concept of movement, mental health, and moving out of the box, engraved with the diversity of our artistic styles. I finalized and led the creative direction of the project in January,” Atienza says.

Depending on how one looks at it, GALAW! GALAW! Is about moving out of your comfort zone– which Atienza did in this project– reaching out to other creatives. GALAW! GALAW! for Filipino artists is not to box oneself in but to keep moving forward together through art and healing. But most especially, Atienza adds, “GALAW! GALAW! to our government officials to step up and push their efforts faster to alleviate the health crisis effects.”

The project took two months to complete, from making the art pieces to planning the production. They too had to sync in their schedules. “Since academics are our priority, we decided to do the artwork in late December during Christmas break. All of us felt like we’re back to square one after being stagnant at making art for months,” Atienza recalls.

“I didn’t want my friends to feel pressured when making their pieces,” Atienza says so they finally completed the artworks in February 2021, and shot them in his home studio.

Artworks weren’t just the ones included in his project. Atienza also took to photography by shooting Joshua Enciso, a soloist from Ballet Manila and his constant collaborator in his photos. Atienza made his muse wear handcrafted pearl accessories by Joshua Baldomero @craftstudio.ph and clothes of young designer Kelvin Morales.

Atienza decided to release the project on the Manila lockdown anniversary since it perfectly fits what he says, “A year of lockdown yet it feels like we’re still boxed in, not the normalcy we’re craving for.”