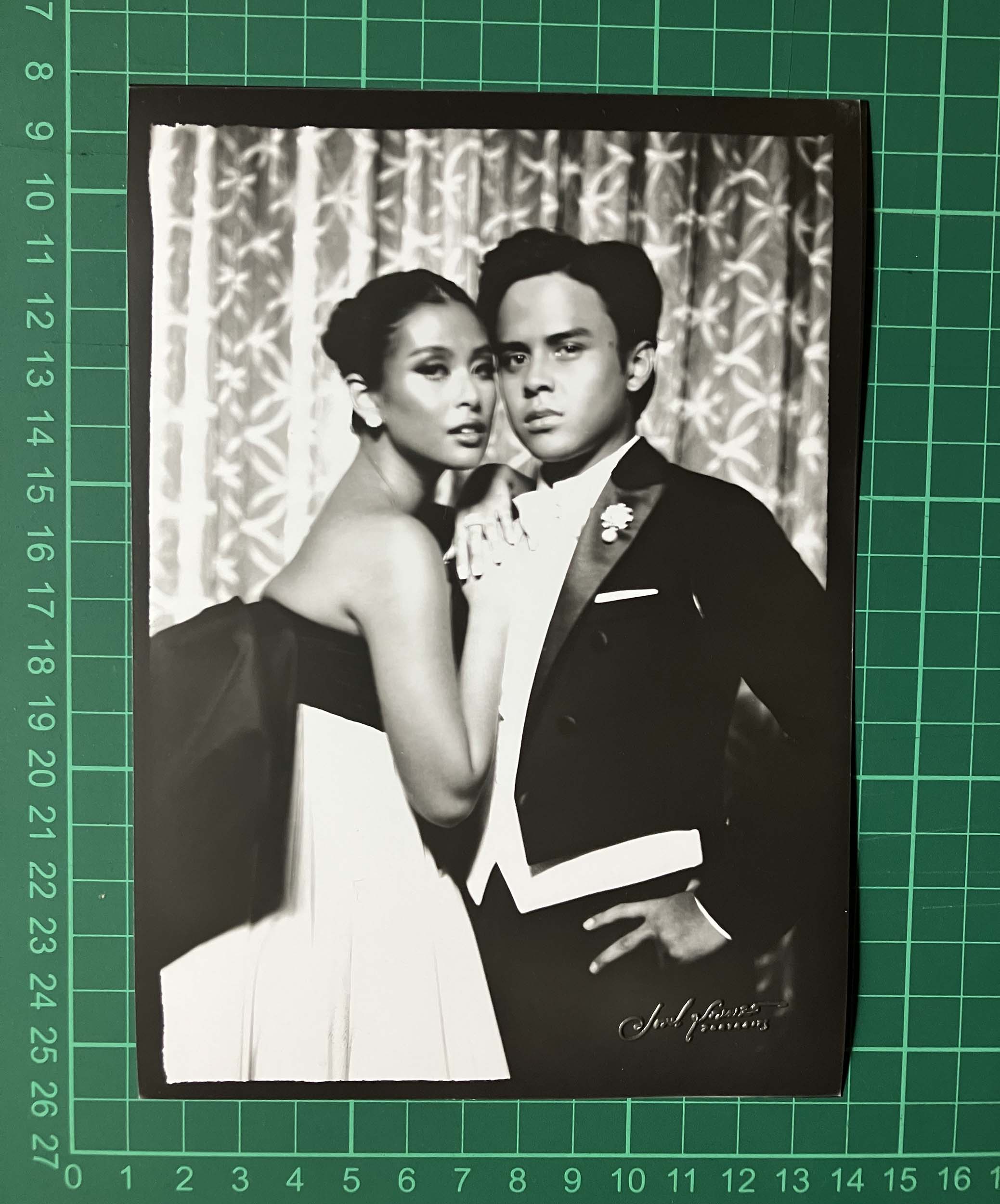 Photographer Jovel Lorenzo has always been an old soul, especially when it comes to photography. In a world where everything is digital, fast, perishable—nowhere is this more evident than in social media photography—where one gets the shots almost in an instant, Lorenzo prefers to do it a little slower.

One sees him lugging around a huge wooden box camera, like in a sepia-tinted scene reminiscent of centuries past. In fact, however, there’s something modern about it.

The wooden contraption is a street box camera—“Basically a camera and darkroom in one because it can develop the image that you shoot right then and there,” Lorenzo said.

Lorenzo made it himself. “I discovered the box camera in a YouTube video I watched during the pandemic. As I had a lot of time in my hands, I decided to make one.”

Lorenzo sourced everything online since the shops were closed, and designed the box according to his preference. The website  https://www.boxcameranow.com/en/ helped him a lot because there is a growing community of box camera photography. He actually has two box cameras—one is for portrait taking, the other for artistic and conceptual photos.

One session takes about 15 minutes to produce a negative. “I basically ask people to hold their pose for a few minutes as I work on the camera. The positives, I develop via darkroom. I can also print it right after but since it takes time, I just develop in my darkroom at home.”

Khalil Ramos messaged him on Instagram if he could commission Lorenzo for a box camera portrait for the GMA Gala, whose theme coincidentally is “Old Hollywood.”

“Khalil was very curious and amazed with what the box can do,” Lorenzo said. “It took me a couple of hours to finish all four images.”

“I would use the money I got from these portraits to buy more film.”

With the help of a stylist friend, Lorenzo was able to set up his own portfolio which he used to apply in various publications, eventually landing various editorial shoot assignments in Metro Magazine in the then ABS-CBN Publishing.