It’s in the detail 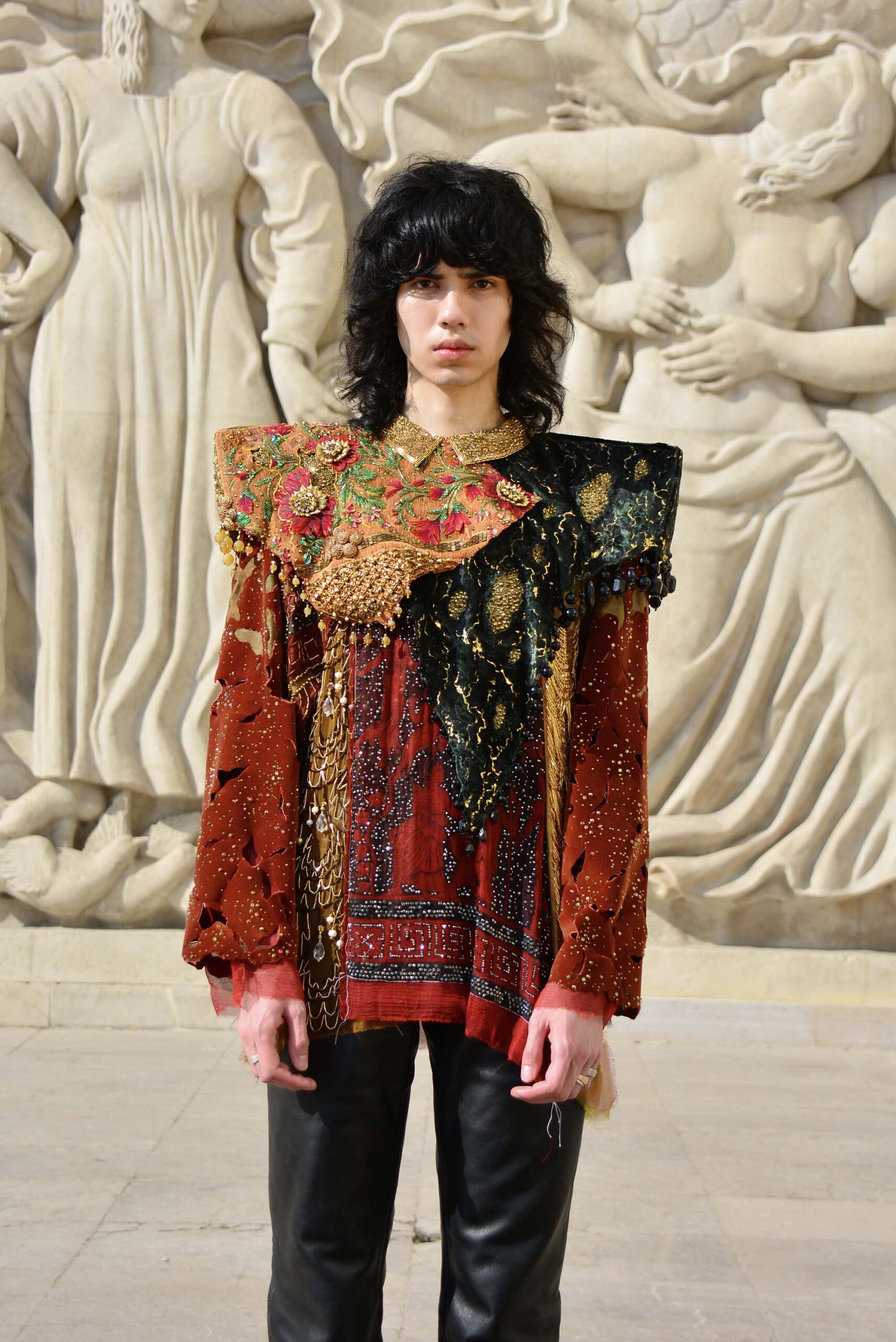 I started this piece in 2019 and got to finish it only early this year. But if there was one work that showed how obsessive these hands could get into detail, it’s this.

When I say detail, I mean DETAIL.

This made-to-measure “fragment” jacket in silk mousseline and organza, velvet, abaca, and jacquard Lyonnais, produced for a private client, took no less than 1,340 hours of craftsmanship.

Initially intended to be worn as a guise for a party with “Dionysus” as a prompt, I wanted to work on the idea of a garment as if it was discovered in an archeological site. Antiquity, a common interest between the client and me, plays a role in its form: the layered shards, the gilded patterns, and more importantly the images and textures that become a visual vocabulary in itself. Artefacts are a language, and one that tells history more truthful than words.

At its early stages when the pandemic hit in 2020, this garment felt like it was frozen in time. It has accompanied me in a transitional stage of my creative being. Taking over two years to complete, it made it feel like an artefact, but one that I had control over in the manufacture. But if I were to dig this one up again in the future, I’d say never mind the idea of timelessness, I would rather a garment has its place in time.

I just discovered this ‘holy grail’ in makeup September 14, 2022