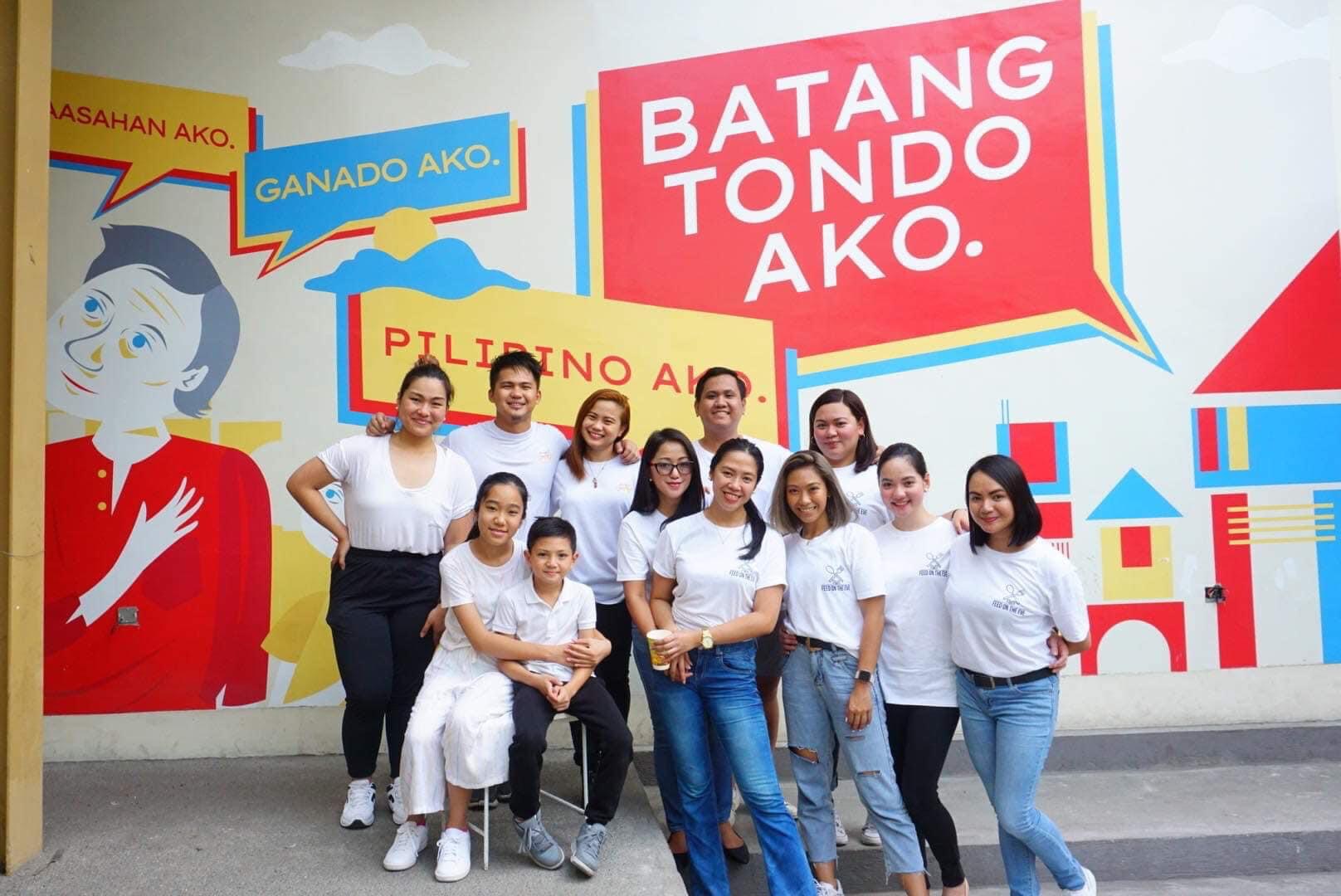 For most Filipino families, the highlight of Christmas is not the tree that stands in the living room, nor is it the much-awaited gift exchanges that put kids and adults in a giddy mood. Rather, it is the hours-long noche buena that begins in the morning with preparations, table setting, and welcoming of relatives, until the wee hours of Christmas, with profuse celebrating and merry making.

Since its inception, FOTE has provided meals for over 500 families and partner organizations through donations from individuals and institutions, proving that indeed, a meal shared with family is seen as the main event of the Filipino Christmas.

The group is focused on a segment of individuals that are often unreached by organized charity programs, such as homeless families, elderly, and PWDs, and include stray animals and animal shelters, as their beneficiaries. FOTE also partners with civil society groups to gain wider reach.

“FOTE began with a chance encounter with a family of five living in a kariton with their two dogs, and how we can make them, and others in the same conditions, feel the Christmas spirit. In the Philippines, Christmas is a family affair that is also centered on food. Regardless how small the celebration is, for many of us, we share a meal or hold a Noche Buena,” says Nikki Torres.

“We believe that the spirit of Christmas is about giving thanks for the blessings we’ve received and sharing them to others, too. By providing a simple meal that a family can celebrate over, we’re able to share the joy of the holidays with the generosity of others,” Nicky Mosqueda adds.

Tapping every one of the team’s individual connections, FOTE managed to organically expand its reach, and build a strong base of loyal donors. From a team that started with three volunteer distributors, one volunteer family who cooked warm, vegan noche buena bilao overnight, and one sedan car to drive around with, FOTE is now six-years strong with more volunteers and increasing donations year-on-year.

Apart from spreading the love with warm noche buena meals and feeding stray animals, FOTE has also tapped a few barangays for its “FOTE Children’s Party” – their feeding program—initiated a “FOTE Valentine’s Date” for the elderly of the Good Samaritan Nursing Home, and also partnered with bigger organizations like Rise Against Hunger PH.

What makes this initiative even more appealing especially to the young is that with a minimum pledge amount of Php500, you don’t just get to contribute to feed families, but as a thank you for your generosity, you also get access to one Yoga or NT Sweat session – the latter is Nikki Torres’ own fitness program – which ran every Sunday in November. It’s also a way for loyal pledgers to introduce what Feed on The Eve is to their friends.

“The numerous initiatives and efforts we’ve managed to do over the years wouldn’t have been possible without the trust of our donors, and their own efforts to spread our cause. It’s a testament to how generous people can be when they see that their help reaches those who need it most,” says Torres.

This year with the pandemic affecting livelihoods, the FOTE team opted to take a different route for their operations and beneficiaries. FOTE is raising donations for the Manong & Tatay jeepney drivers who have lost their main source of income as a result of the quarantine restrictions. FOTE has partnered with STOP & GO Transport Coalition to distribute Noche Buena Ready-To-Cook Packages and Grocery Packs to their PUV driver members. Aside from STOP & GO Transport Coalition, a portion of the proceeds will also be donated to animal shelters CARA Welfare Philippines, The Laguna Pitbulls Sanctuary, & Hope For Strays Cebu. Recently, the group donated a portion from its running pledges to two organizations and an animal shelter severely hit by the Typhoon Ulysses.