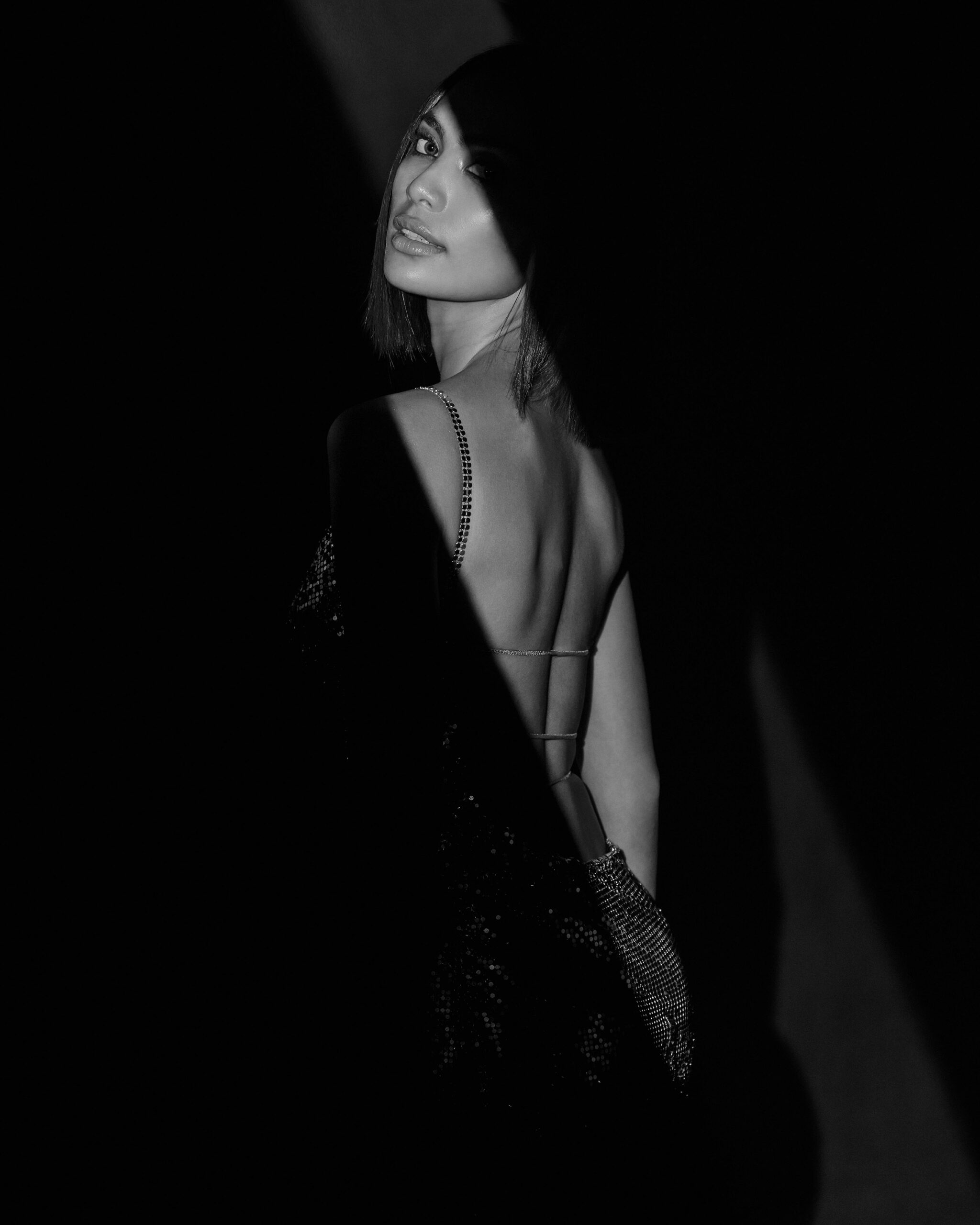 For Jude Macasinag, 20, it all started with a casual conversation with this writer and model-turned-beauty queen hopeful Alaiza Malinao, when Malinao suddenly suggested if he could design a gown for her. Malinao had just decided to join Miss Universe Philippines 2020.

Macasinag has just completed his first-year studies in Paris and is on the verge of transferring fashion schools, specifically to Institut Francais de la Mode, after a scholarship grant. Originally a fashion business school, IFM recently merged with Ecole de la Chambre Syndicale de la Couture Parisienne, the historic and iconic body that has stood for French haute couture techniques over the century, preserving and promoting French haute couture through generations, and has produced the pillars of fashion, such as Yves Saint Laurent, Karl Lagerfeld and Issey Miyake.

Masinag agreed, but cautiously, saying he would only give it a try, and if we didn’t like it, it would be okay. “It was the perfect time for experimentation actually,” Macasinag said about finally being able to apply what he has learned in fashion school.

“I’m unsupervised, there isn’t terrible pressure yet, and I have energy to pour out all of my experiences into my work,” he added. Malinao is the first model he ever worked with, so doing a piece for her for such an important adventure in her life makes him very honored.

Macasinag has always had heart for the arts. A graduate of the Philippine High School for the Arts in Los Baños, Laguna, he took fashion design at Slim’s Fashion School before moving to Paris in 2019.

London-based Filipino designer Lesley Mobo, who is no stranger to what it is to be a creative in one of the world’s fashion capitals, also gave advice to Macasinag, “Every time you do something, think of Paris,” Mobo said. “You already have the construction skills; you just need to marry it with the Parisian taste from now on.”

Mobo added how a change of mindset could be big help. “You are there and you live the life now. Make sure you do it the Parisian way and establish a Parisian look.” Heeding Mobo, Masinag referenced fashion—“Make it more fashion,” Mobo said.

With some suggestions from Malinao, Mobo and myself, Macasinag did some research, including studying a 1984 chainmail Gianni Versace piece, with the help of one of his IFM teachers.

He came up with a gold, chainmail dress inspired by the Kinnari vessel unearthed from Mindanao. It is an exquisite artifact in the form of a half-human, half-avian deity finely sculpted in pure gold. Macasinag explains that the Kinnari personifies the feminine ideals of beauty, grace, and accomplishment. Gold objects such as the Kinnari vessel serve as emblem, marking milestones in one’s life.The material is made of aluminum metal, molded and shaped directly onto Malinao’s measurements. The dress cannot be sewn traditionally, so the tiny metal plates had to be meticulously linked and unlinked one by one, precisely calculated for each curve around her figure.

The sleek silhouette allows movement which mimics liquid gold.
There is also a play of light on the dress’ surface, creating an illusion of feathers of the Kinnari, for added visual effect.

Not couture
Macasinag clarified that even it was made in Paris and by hand, it is not in any way “haute couture.”  Haute couture must be certified by the Fédération de la Haute Couture et de la Mode whose membership has always been by invite. But Macasinag admits some of the methods used on the dress were couture methods since the chainmail cannot be sewn by machine, about 90% of it all done by hand.

It took Macasinag a year to make the dress, but the pandemic made things difficult since  Paris was also in lockdown. For a couple of months the dress was hanging in his apartment, “That time around also, I wasn’t too motivated to continue working on the piece.”

Eventually he sent the gown to Manila in August via parcel but it wasn’t 100% finished. Macasinag’s Slim’s classmate Katrin Destajo finished the embellishments and the other finishings, as Macasinag gave instructions online. “It was incredibly difficult to troubleshoot a garment you can’t see in person,” Macasinag said. But luckily because of what both theoretically knew about constructing a garment, they managed to get through it.

“The result was something I was satisfied with. In a more personal aspect, this is my way of thanking Alaiza, and everyone for the support, motivation, and trust over the years as well.