Where are the millennials and the GenZ? Helping, working tirelessly, quietly 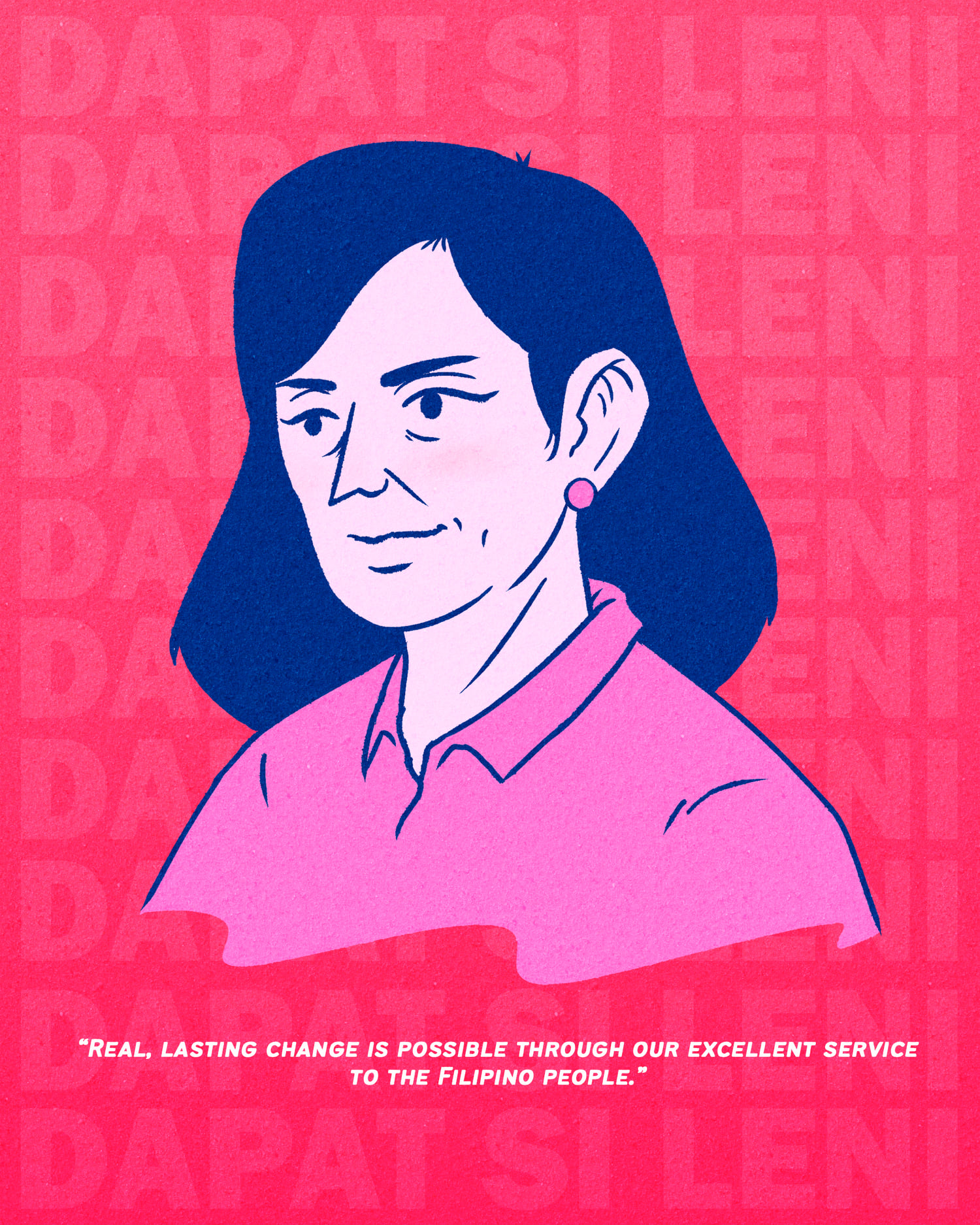 How Filipino youth flex in the office of the VEEP

Last June, the Office of the Vice President (OVP) had its General Assembly (GA) to celebrate its past five years of public service. I unfortunately missed it as it was in conflict with another Zoom meeting I had.  However, I was able to attend the May meeting.  It was the first GA I attended online since the start of the pandemic.

Like previous GAs, I thought it would just be the usual birthday greetings of the month’s celebrators, the recognition of new recruits, and the monthly updates on projects.  This particular GA, however, had an inspiring twist.

Other than it being a virtual meet, VP Leni took the opportunity to shout out the amazing work of various teams and volunteers in the OVP’s Bayanihan e-Konsulta program.  She underscored the rigor and dedication they displayed striving towards perfecting their work streams to ensure the efficiency of service that our people deserved.  It was not like the usual cold reporting of accomplishments by staff to boss, but rather a very casual conversation which brought out very personal experiences and insights from the tireless and sometimes thankless work that everyone was engaged in.

Listening to the sharing of everyone was such a great way to start the day and the week.  If my senior memory serves me right, those days were still filled with much fear and anxiety because the surge of COVID cases was still at its peak. Many people were getting infected.  It was just not one family member testing positive. It was entire households getting infected, with some unfortunately, turning for the worse and not having access to proper facilities and medicines. Sadly, some even passed on.

The pandemic and the other trials it brought were really getting very close to everybody’s home. For some of the OVP staff, it was actually in their own homes.  But amid all that, there they were at the frontlines, keeping pace yet again with VP Leni’s sense of urgency to respond to the need of the moment.

Some of them described this spur-of-the-moment initiative of VP Leni as something akin to jumping over the cliff and figuring out in one’s descent how best to land safely.  It was indeed risky, but for them, the urgency to respond to our people’s needs outweighed the challenges.  Imperfect as it was in the beginning, each one was very open to learn and was quick to adjust until the better system could be put in place.

And of course, they willingly engaged because VP Leni was with them every step of the way.  They knew that she would not ask them to do things that she herself was not ready to do.

It was the same when the OVP took on the challenge of providing shuttles at the start of the lockdowns, when they distributed PPE and other vital medical supplies, when they set up dormitories for medical frontliners, when they assembled and distributed food packs to people going hungry, when they provided computers and other learning tools to poor students forced to attend school from home, when they deployed swab cabs to increase the COVID-19 testing, and many more.

It was always like that when each of them responded to the call of VP Leni to step up and serve our people in their time of need.  Multi-tasking was a norm in the OVP, and it was embraced wholeheartedly.

All throughout the term of VP Leni, despite its small budget and on top of its usual programs and services, the OVP morphed into smaller versions of the much larger government agencies.  Other than being officially designated (albeit in a short period) as the Housing and the Anti-drug Campaign chair, our VP has transformed the OVP to become a virtual, DSWD (Department of Social Welfare and Development), DOTR (Department of Transportation), DOH (Department of Health), DEPED (Department of Education).  In fact, the OVP team has demonstrated very innovative approaches, systems and models which, I believe, must be shared with these departments, for them to consider for replication and scale-up.

At the start of VP Leni’s term, I remember having a conversation with ASEC Pia Abad, USEC Boyet Dy, and a fellow OVP consultant Mench Diokno, regarding career paths for the civil servants in OVP.  I remember thinking that career paths within the OVP was not as clear-cut as other government agencies that have very clear institutional mandates and programs.  So I was wondering then how the career staff of the OVP could move up in their public service careers if the ladder of promotions was limited compared to other agencies?

Today, five years later, seeing how flexible, dynamic and multi-talented the career staff are in the OVP, I believe that other agencies will be foolish not to consider pirating some of them from the OVP.

I also wish to note how inspiring it is to see that a significant number of the OVP team were millennials, even GenZs.  Often it is said that the youth will lead this country one day.  I think what others have not been as fortunate as I to witness is that the youth in the OVP is already leading this country today.

VP Leni often articulates that one of the legacies she hopes to leave behind is the thought that each one of the staff can claim with pride that he or she has become part of the OVP under the Leni Robredo vice presidency.  She hopes that when their future employers or bosses look at their resumes and see how they served under her office, they will know that the men and women in the OVP have what it takes to make things happen.

By now, I think this legacy is firmly in place.

One final takeaway from that very inspiring morning was how everyone was in unison in thanking the Vice President for giving them the opportunity to serve our people during these very difficult times.  I think VP Leni will agree with me that the gratitude is also hers and a lot of our people whom they have selflessly shared their lives for.

The gratitude is also mine.  Their stories were heartbreaking yet heart-warming; frustrating yet inspiring.  They filled the Zoom room with much generosity and empathy for our people, and all I could say in the end is I am truly blessed to have been given the opportunity to work with some of them directly and indirectly the past five years.

Immediately after the closing remarks of VP Leni, my impulse was to type in the chat what I felt best summarized what this bunch of public servants is all about.  So, I typed:

Office of the VEEP –The Office of Very Empathetic and Excellence-driven People.

is the author of “To Love Another Day,” the memoirs of democracy icon Corazon Aquino. He continues to work with NGOs—evidently one of the Filipinos who continue to believe in the Filipino.