“Testament From A Prison Cell”: What I learned from Ninoy on good governance 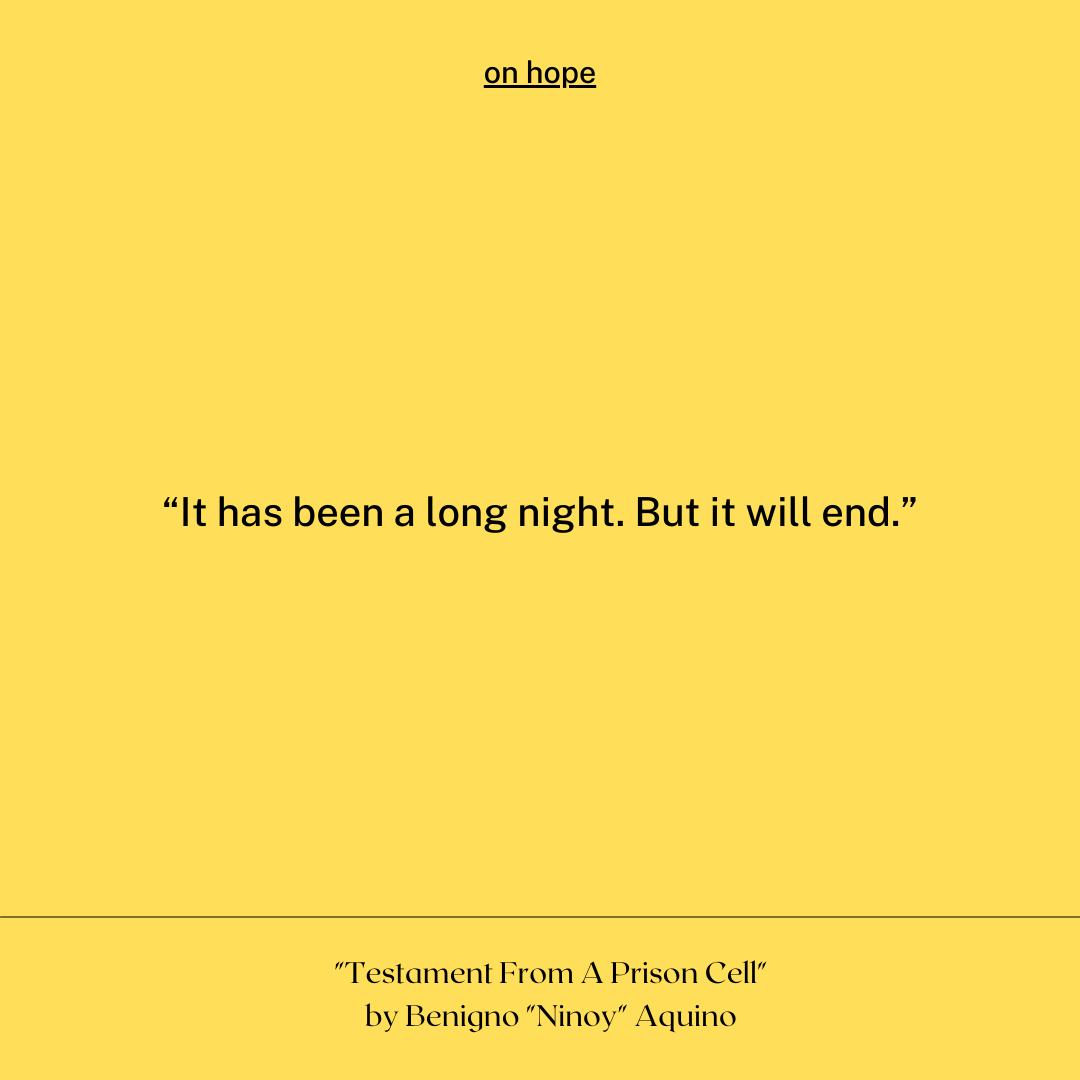 The political martyr wrote letters to the people

The country commemorates Ninoy Aquino Day in honor of the freedom fighter who gave up his life in pursuit of a better future for his countrymen. Unfortunately, since his death nearly 40 years ago, so many misconceptions and downright fake news have circulated maligning him.

My main motivation in reading “Testament From A Prison Cell” was to get an unadulterated view of his mind and motivations.

Ninoy wrote this as a series of letters addressed to the public while he was incarcerated with Senator J.W. Diokno in Camp Crame. These letters were smuggled out by his family on their visits, and they contained his thoughts on the Marcos regime, human rights, the bleak future of the opposition, the razor-thin alliance between liberals and leftists, and a myriad of other topics.

I found Ninoy to be incredibly well read, always drawing lessons from the writings of St. Thomas Aquinas, Mahatma Gandhi, Karl Marx, and Martin Luther King Jr. At the onset, Aquino criticized Marcos’ hypocritical persecution of the Left while allying himself with Mao Zedong’s China (sound familiar?). Ninoy discussed the various torture methods he observed while imprisoned, the dangers of McCarthyist red-tagging, the bravery of FLAG lawyers and judges who fought against Martial Law, but perhaps the most fascinating of all were his discussions and ideas centered on governance.

Citing his former role as a peace broker between leftist Huk rebels and the Magsaysay government, Ninoy talked about what he (and I) believe is the most single important issue in Philippine society: land reform. He talked about using a combination of capitalist and socialist ideologies to dismantle the feudal system that has oppressed our farmers for generations, as well as absorbing the most positive aspects of both, as Japan and South Korea did.

Register to vote in next year’s elections. Let’s make sure we have more leaders like Ninoy Aquino.