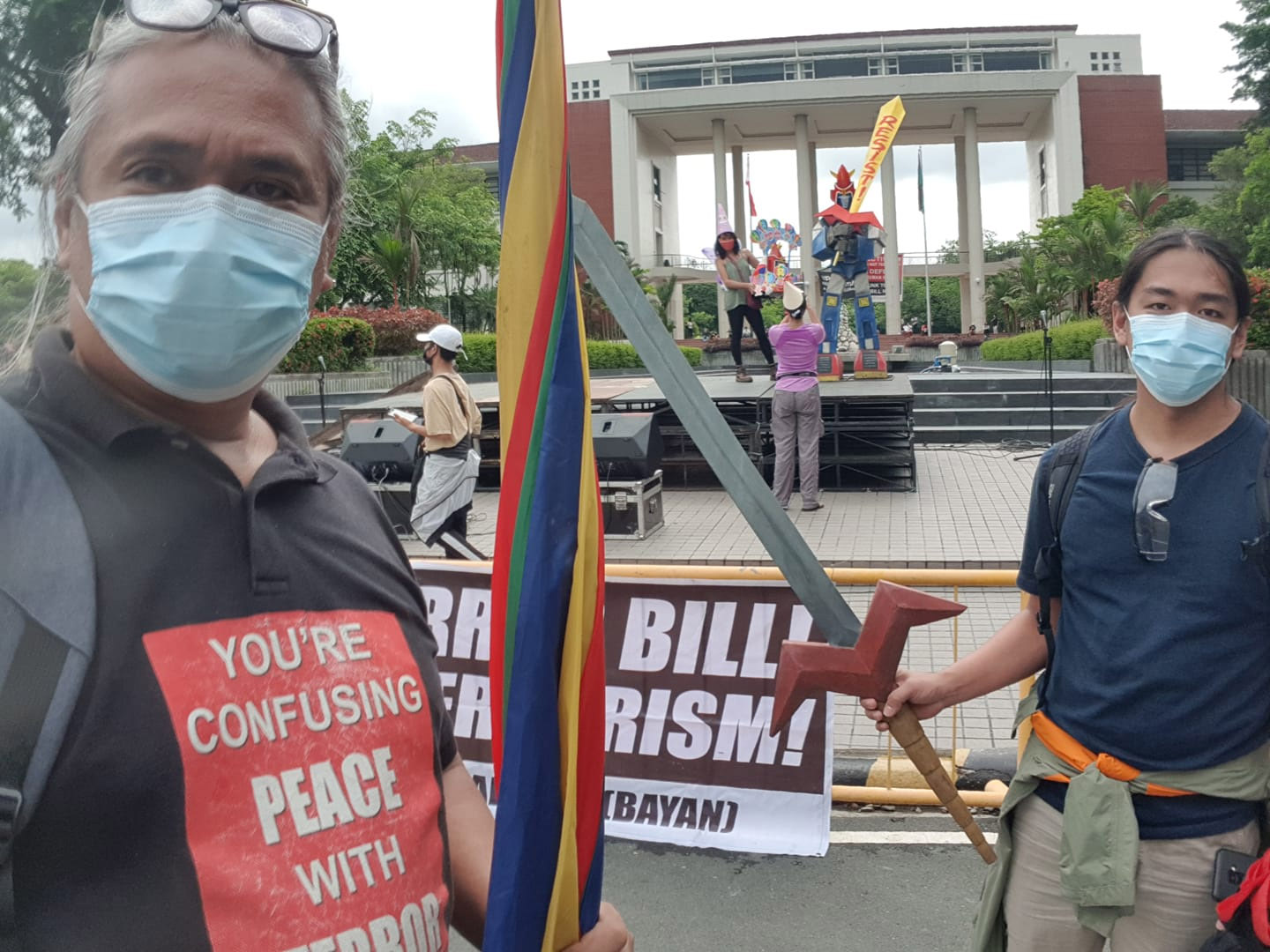 It started out as a peaceful boycott of classes

From February 1 to 9 of 1971, students and faculty alike of the University of the Philippines Diliman staged a massive protest against oil price hikes and rampant corruption under the administration of then President Ferdinand Marcos. Channeling the Paris Commune of 1871, which inspired historic figures like Karl Marx to envision a future governed by the working class, the Diliman Commune gave rise to anti-government broadcasting and to UP as the bastion of academic freedom in the face of oppression.

The Diliman Commune was the product of years of restless unease leading up to the declaration of Martial Law in 1972 by strongman President Marcos. What started out as a peaceful boycott of classes, in solidarity with jeepney drivers affected by the oil price hike, resulted in the fatal shooting of 17-year-old student Pastor Mesina by math professor, Inocente Campos. Campos was eventually acquitted and Mesina became known as Diliman’s “first martyr,” as the protesters became even more galvanized to oppose government forces that sought to crack down on their freedom to protest.

On February 4, the Free Radio of Diliman brought collective anger to a fever pitch when they decided to broadcast audio tapes allegedly of American actress Dovie Beams making love to President Marcos, tapes provided by Beams herself, which said to have enraged then First Lady Imelda Marcos. Later reportage and even a book (“Conjugal Dictatorship” by Primitivo Mijares) would popularize stories about this illicit dalliance.

The humiliation on the world stage that President Marcos suffered at the hands of the protesters marked a dark twist in the virulent relationship between his administration and the students, with Metrocom guards infiltrating the campus, monitoring, and torturing UP students in the martial law years. Activists and student leaders from UP Diliman made up a significant portion of the more than 3,000 fatalities and 35,000 documented torture victims of the Martial Law regime.

Fifty years have passed since the Diliman Commune, but its legacy lives on. UP alumnus and artist Toym Imao, son of national Artist Abdulmari Imao, keeps the memory of the Commune alive through his art: his installation “Barikada” can be seen on the steps of Quezon Hall at UP Diliman. The assemblage of mounted chairs and tables symbolizes an undying defiance to oppression that the University of the Philippines has always stood for.

For his son, Diego Imao, a current UPD architecture student, the memory of the Commune carries personal significance. “For my family, for art to be effective it cannot exist in a vacuum, and had to relate to something very personal. My grandfather would draw from his Muslim heritage, and my dad would draw from his experiences growing up during Martial Law. Knowing that there is something relevant or contextual informing an artwork allows us to not just visually recall moments of the past, but to feel something emotional as well. This is why protest art is important. It isn’t just visual spectacle, but also it resonates with a very human need for expression.”

“Whether in anger, in defiance, or in remembrance. It is an important reminder that while we live in a time where we feel restricted or oppressed, art and expression is something they can never truly take away. We all can share in the act of creating or appreciating art, that’s what makes protest art so effective.”

The defiance of the Communards that fateful week in 1971 would not be in vain. Eventually, the regime did fall, and democracy was restored.

However, the Commune remains a timeless reminder that democracy is a fragile thing, and that the academe should be at the vanguard of safeguarding its survival. Earlier this year, Defense Secretary Delfin Lorenzana unilaterally abrogated the UP-DND Accord, an agreement forged by then Defense Secretary Juan Ponce Enrile and student leader Sonia Soto in 1981, which barred the police from entering the UP Diliman campus without coordination with school authorities, and thus prevented unlawful arrests. This agreement, ratified in 1989 by then Defense Secretary Fidel V. Ramos, served as a force-field for academic freedom. We, the students who champion a democratic marketplace of ideas, should know when that freedom we hold so dear is under attack. Just as we should never forget the sacrifices made at the Diliman Commune, we should also never forget the fate of all dictators, no matter how seemingly powerful, when they choose to suppress academic and human rights.