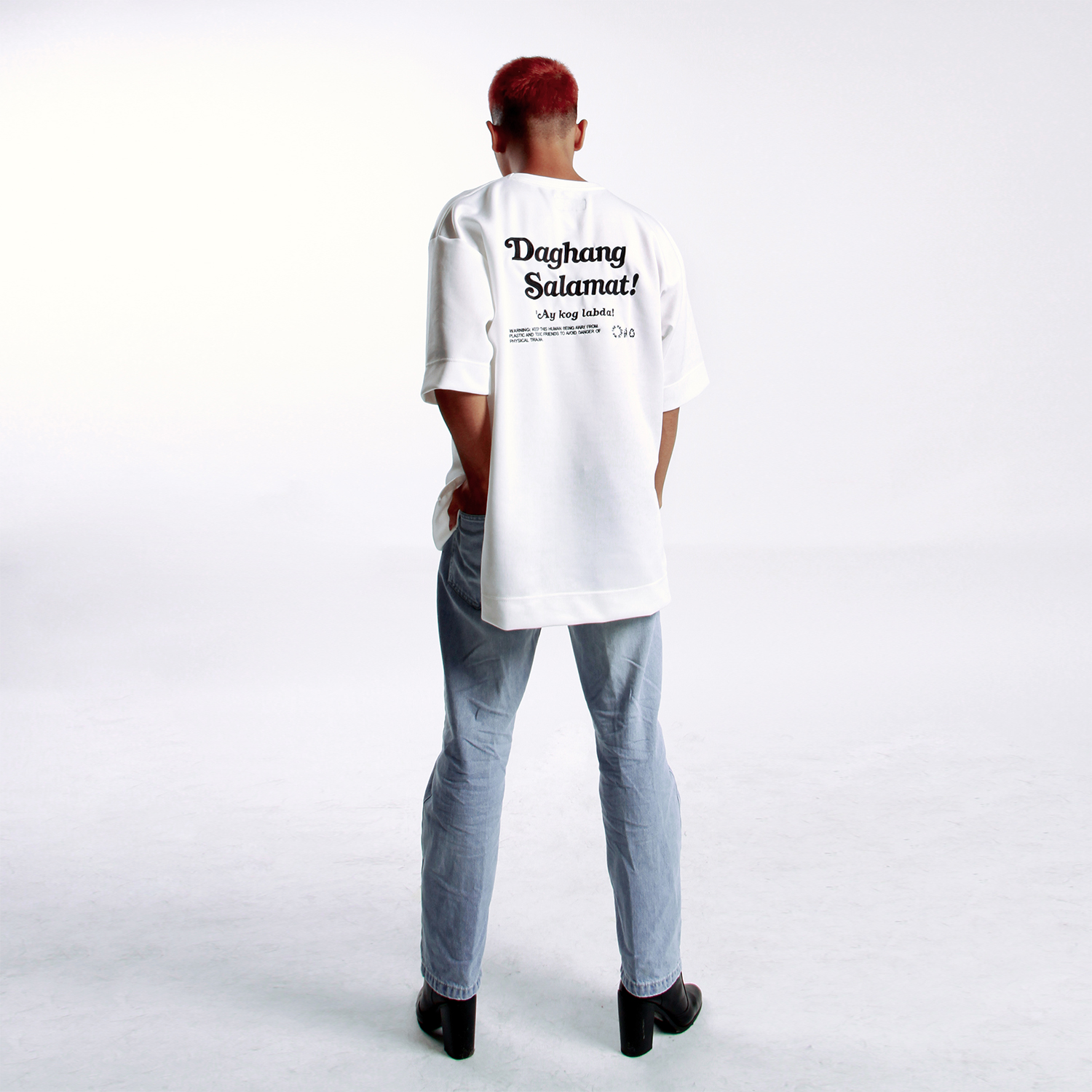 The statement shirt has the right pinch of sass, wit, and sarcasm

What started as a joke between friends became a college project for his finals at New Era University back in 2017. Now Marcus Cruz has created his street wear brand, We the People.

“Before, I only produce garments if someone ordered because I couldn’t really afford to make clothes in bulk,” Cruz said. But now with his brand fully realized, “The brand represents people who love street fashion but still wants to look chic and effortless.”

His newest collection, called “Binisaya,” is a celebration of the Bisaya dialect. Marcus has been influenced by Tagalog, also Ilocano and Bisaya dialects, given his family background. His mom’s grandfather moved to Mindanao from Tarlac and adopted the language. They still speak Ilocano, but Bisaya and Tagalog were often spoken the most in their household. “Although Bisaya wasn’t my first language, I still learned to love and appreciate it.”

Bisaya has been a big part of his childhood growing up in General Santos. “The reason I came up with the design is that I want more people to be more aware of the language and maybe take time to learn and appreciate it,” Cruz said.

Cruz chose the statement, “Daghang Salamat” which means “Thank you very much” as the main design, but there’s another catch phrase that follows, “Ay kog labda” which means “Don’t annoy me.” Cruz explains that the overall design has the right pinch of sass, wit, and sarcasm and hopefully, people would understand the humor behind it.