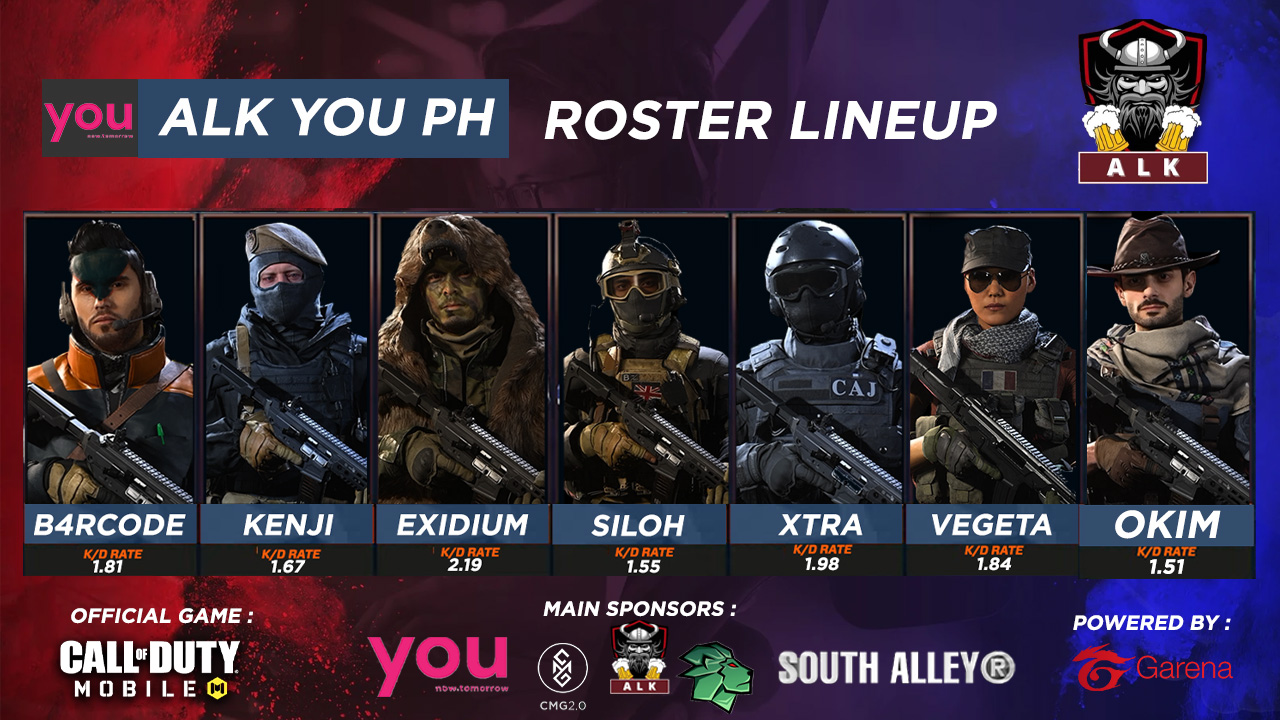 For the seven-man team ALK YOU PH, CODM brings them joy, stress relief, and a sense of community

Call of Duty: Mobile (CODM) has become very popular especially during the pandemic when students are just at home and they’re stuck with online classes. Archi Dingle, a Grade 11 student from San Beda Alabang, scouted around for players to form the team ALK YOU PH. “I met the players in an online tournament and I decided to recruit them,” says Dingle, team owner.

The seven-man team is composed of players from Metro Manila; Vigan, Ilocos Sur; and Surigao City in Surigao del Norte.

A free-to-play shooter video game developed by TiMi Studios and published by Activision and Garena for Android and iOS, Call of Duty: Mobile was released on October 1, 2019. Since its debut, CODM has generated over US$327 million and more than 250 million downloads.

CODM boasts one of the fastest-growing online game communities. From global to Garena version, CODM fosters camaraderie through mini and major tournaments. Players also like to form “clans,” which are CODM groups that build a community of their own. The community in CODM is a very healthy environment, as people help each other and find ways to make the game enjoyable.

ALK YOU PH Team Manager Ralph Christian Rosario said when CODM first came out, he and the rest of the members played against each other. “Later, we decided to play as a team. Eventually, we joined a clan,” said Rosario. The team called itself Raze Invictus, and eventually won its first championship title. It then caught the attention of the CODM community after joining a lot of tournaments.

“Sadly, when online classes started, our team had to re-roster because some of our members were unable to synchronize academics and playing. We continue to enhance our skills and join multiple tournaments and are still trying to improve our chemistry. Maybe in the long run we will be able to represent the Philippines in the major leagues,” he added.

Rosario says CODM “brings us joy and happiness and serves as a stress reliever from online classes. We want to make a name for ourselves and be renowned as professional players.”

Here’s a rundown of the team’s achievements so far: