Marvel’s The Avengers now on smartphone 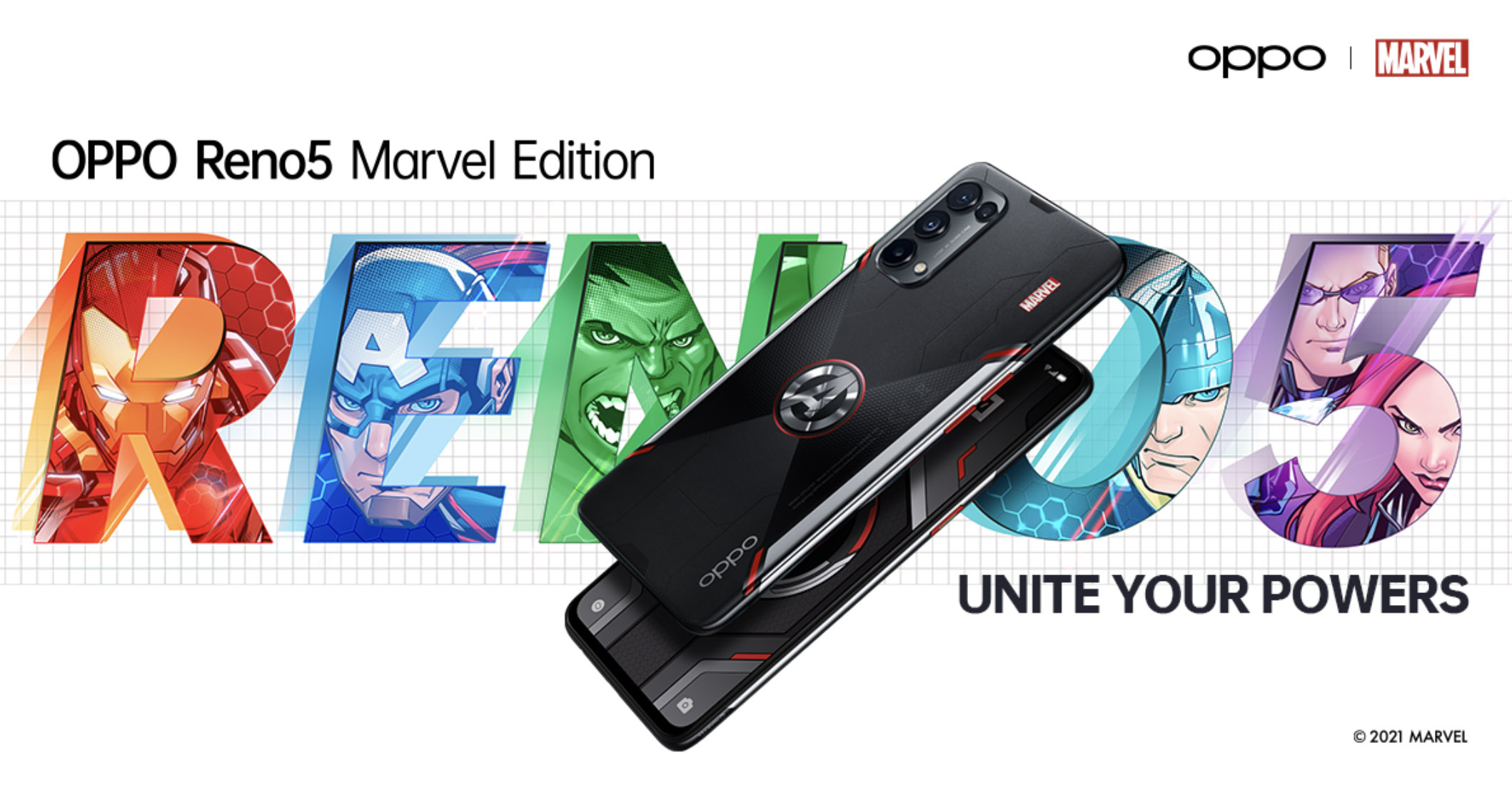 OPPO enters an exclusive partnership with Marvel through a commemorative smartphone design for Reno5 and an IG Filter.

The latest Reno5 Marvel Edition smartphone builds on the technical strengths of OPPO Reno5 and the stunning Marvel’s The Avengers-theme design which fuses the characters and other elements from Marvel’s The Avengers series into every aspect of the phone, turning it into a must-have item for Marvel fans around the world.

This limited edition smartphone will be available in the country in the coming weeks.

“Through the years of understanding and putting forward consumer preferences, this creative and exciting collaboration with Marvel is just one of the many things we’re excited to share with our consumers and all the Marvel fans in the Philippines. We hope that through the Reno5 Marvel Edition Smartphone, consumers will get to feel like the everyday superhero themselves through the powerful features of Reno5 Marvel Edition,” said OPPO Philippines marketing director Raymond Xia.

Its hefty 4,310 mAh battery is reinforced by its 50W flash charge charging technology..

The design of the OPPO Reno5 Marvel Edition draws inspiration from the Quantum Suits worn by The Avengers in the movie “Avengers: Endgame”, featuring a combination of black, gray, silver, and red. In the center of the phone’s back casing is the “A” logo, which combines two iconic Marvel elements—the Avengers logo and Captain America’s shield. The back of the phone is designed around the letter “X”, inspired by the logo of Black Widow. The textured finish creates a unique feel reminiscent of the high-tech suits worn by The Avengers. The silver sides of the phone have been created through an electroplating process, with a black stripe in the middle revealed through laser-etching.

A red embellishment around the button adds a touch of Marvel inspiration.

On the front side of the phone is a 6.4 inch 90Hz AMOLED screen providing users with a clear and immersive viewing experience.

Installed with the latest version of ColorOS 11.1, the device also boasts exclusive design details such as the background of the home screen which features a similar design based on the Avengers Quantum Suits while the icons of the original OPPO apps on the home screen have been replaced with icons depicting various heroes or items in the Marvel Universe. There are also six different exclusive lock screen wallpapers to create a fully immersive experience for Marvel fans. What’s more, a flip book-style animation inspired by the opening scenes of the Marvel movies can also be shown when users are choosing different wallpapers, immersing them in the Marvel Cinematic Universe each time.

The OPPO Reno5 Marvel Edition carries its Marvel influence far beyond the phone’s external appearance. Users will be immediately transported into the Marvel Cinematic Universe as the Avengers logo greets them during the start-up animation. When charging the phone, charging status is shown using an animation of the light rings on Iron Man’s Head Up Display (HUD).

The packaging and accessories included in the OPPO Reno5 Marvel Edition should also appeal to Avengers fan with its earphones, SIM card extractor pin, charger, and charge cable —all in graphical and color elements from Marvel’s The Avengers. There is also a protective phone case designed in the iconic Marvel style of a red background printed with the original six Marvel Avengers. Making use of TPU material to ensure durability while remaining light, the case has been crafted using IML (In-Molding Labeling) processing, with the Marvel Super Heroes painted inside the case and the Marvel logo outside, to create a 3D, textured effect.