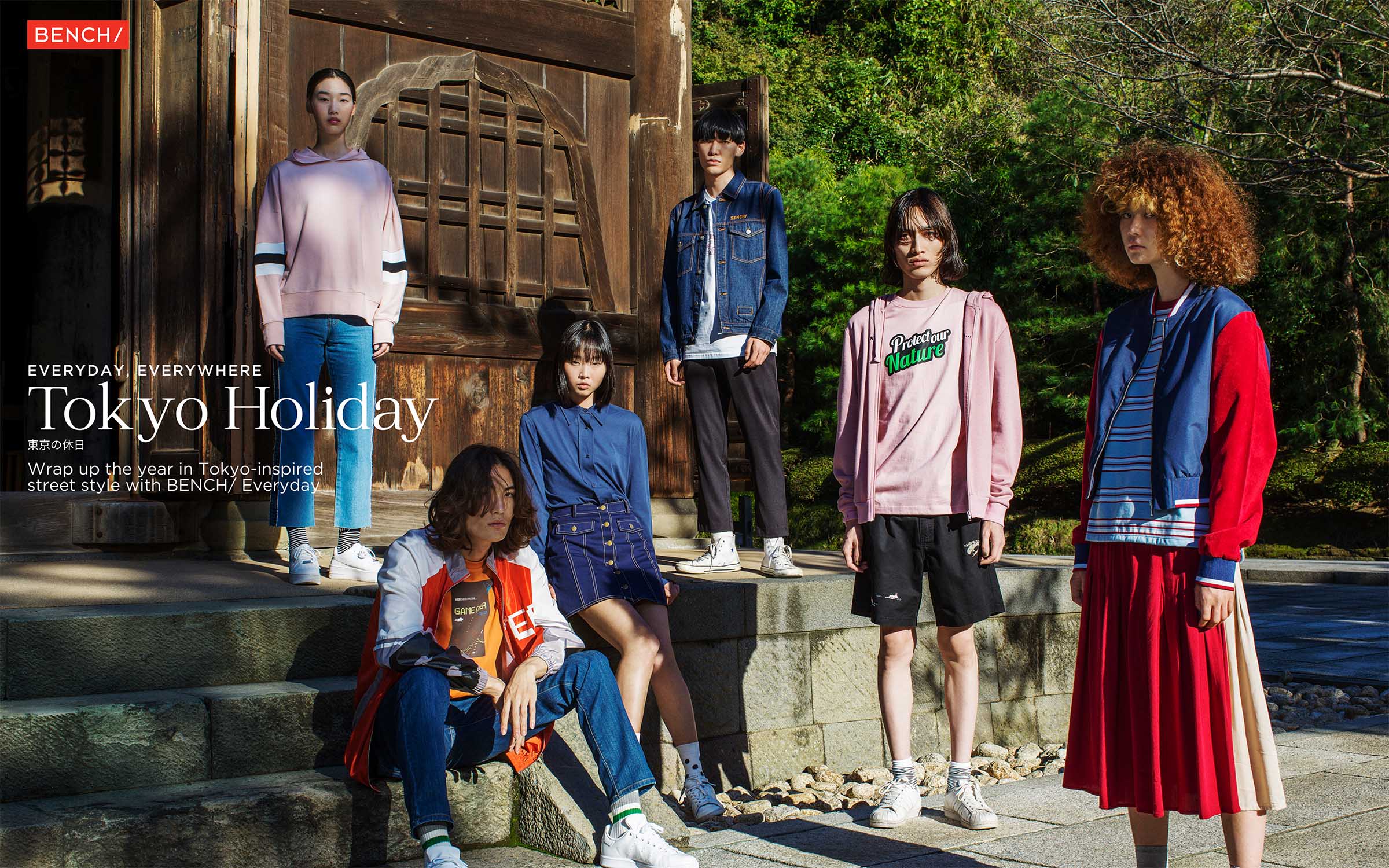 Missing travel to Japan? The capital of ancient Japan is beautiful backdrop for the collection embodying travel, freedom and fashion

Given the pandemic, traveling still has so many hassles and restrictions, and there are those willing to surmount these if only to be able to roam free again. One destination which used to be a top favorite of Filipino holiday goers, Japan remains closed to tourists, so leading Filipino lifestyle brand Bench has found a way to ease the Pinoy Japanophile’s longing for it.

Bench has launched its holiday campaign which was shot in Kamakura, in Kanagawa prefecture—only an hour’s train ride from Tokyo. Kamakura, the seat of the shogunate in Japan’s history, is known for its temples and the giant bronze Buddha.

Bench creative consultant Noel Manapat says,  “The Japan campaign highlights Bench as clothes that could travel, that would fit all types, that could be casual for everyday wear but on-trend even in the most fashionable cities in the world.”

It is Bench encapsulating the experience of freedom, travel, and fashion.

“For this collection, we wanted to highlight Bench as a brand that answers your everyday style needs, and at the same time for summer, can travel everywhere or escape  to anywhere,” Manapat said.

The set-up was different, albeit challenging, when the main Bench team could not fly for the shoot; it could only coordinate with the Japan team via online. “For months, we collaborated with partners in Tokyo to work on the concept, the casting, and the looks. This was relatively easier as we already have a working relationship with some members of the team such as the producer, casting director and modelling agencies. Thus, the creative process was the easier part of the project,” said Manapat.

The challenge was also logistical. “Tokyo had strict protocol regulations especially during and after the Olympics. There were also typhoon problems that derailed the shoot many times over,” Manapat said.

But the shoot went ahead finally, and the main setting was Kencho-ji temple which was built in 1253, and ranks first among Kamakura’s Five Great Zen Temples (the Kamakura Gozan). It is the oldest Zen training monastery in Japan.

Aside from fashion stills, the highlight of the Japan campaign was its video, with an aerial view of the temple as the opening. With a zen-like vibe, it slowly zooms in to the models and the clothes.

The campaign shoot was an all-Japanese team, from the producer, the creative director, casting manager, video director, cinematographer, photographer to the  stylist, hair and makeup stylist, models and production support team.

“Bench has a history of collaboration with creatives not just in the Philippines but also abroad,” Manapat says, “It has managed to continue with certain creative projects in Seoul, New York and Tokyo in spite of the travel restrictions around the globe.”