‘Kapre,’ ‘manananggal’: How to create a Filipino-inspired streetwear shirt 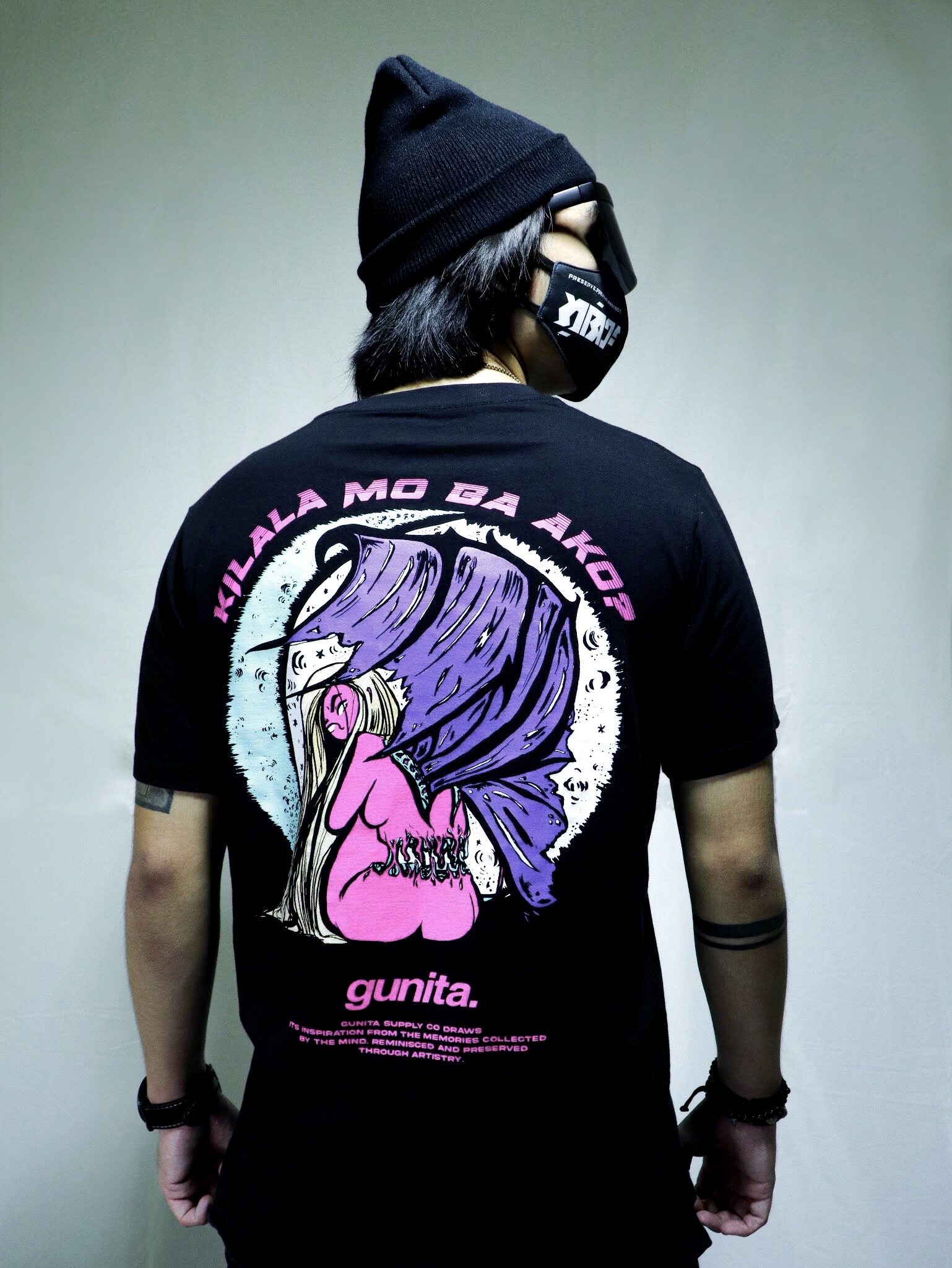 What started as a discussion between high school friends about creating their own streetwear brand led into “Gunita” last February 14  “This little venture of ours promotes a deeper kind of friendship in our barkada,” said Eddie Jolongbayan, one of the members.

Their designs are mostly inspired by Philippine mythology, “We want to highlight some of our Filipino mythological beings as a start for promoting our culture,” Jolongbayan says

He explained that when one looks at the local streetwear scene, it’s overflowing with trends from East Asian cultures—from Japanese to Korean-inspired designs. “That’s why we want to go back to our roots as Filipinos. But it’s not as easy as slapping some baybayin on a shirt and calling it a day,” adds Jolongbayan.

These friends want the Filipino culture to be as visible as the other cultures people see in the local streetwear scene.

Gunita’s first release was inspired by the kapre or a tree giant, while their second design, which they released in the middle of the pandemic, is the manananggal or a vampire-like creature which flies around with only half of its body looking for victims.

“The grind never stops,” says Jolongbayan after being asked why release a shirt during the pandemic, “We weighed our options, had Zoom meetings to talk about how we should go about keeping Gunita afloat while keeping our operations safe and responsible.”

They took a chance on releasing their second design and they even started to sell facemasks as well, “It’s great to see that there are lots of people willing to support small local brands even in the middle of a pandemic.”