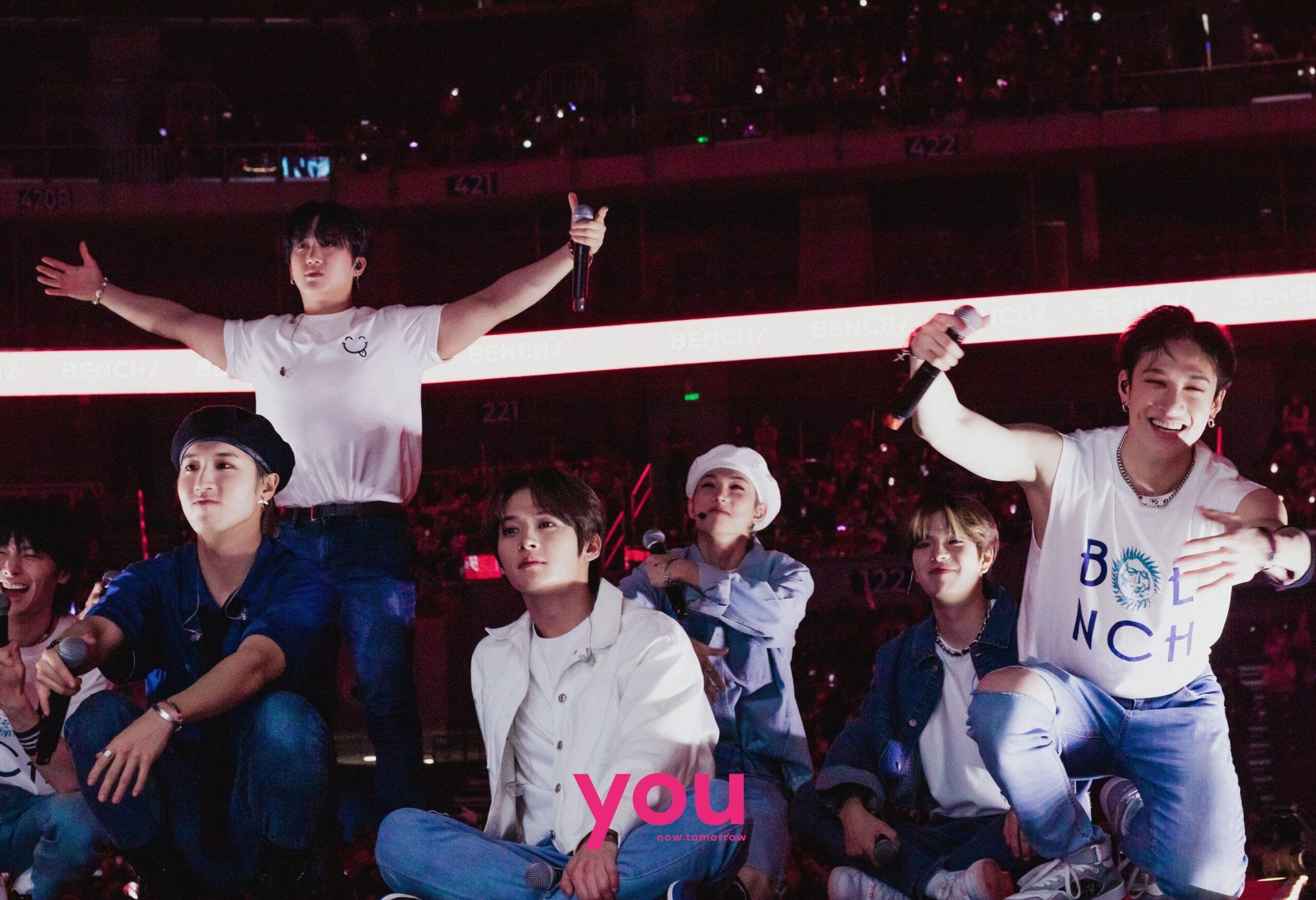 I was exhausted, but my heart was full

My day started a lot earlier than the 7 p.m. show last January 20. Having been invited to the press conference, I got to see Stray Kids earlier in the day of their fan meet, and the STAY in me was worried about the boys since their flight had been delayed. They were rushed straight from the airport to Sofitel, to the press conference.

As they walked in onstage it felt as if the whole world was slowing down. My hands were shaking when I heard Case 143 booming through the speakers, no matter that I have listened to the song countless times. There was something about hearing it here, now, knowing that the boys were soon to appear, in the flesh, that made the song feel so much more than when I would casually listen to it. Seeing them up close, while their song played, felt like a dream come true. Idols and celebrities are usually just screen experience, so seeing them up close now feels unreal. Catching their signature “Step Out! Hello, we are Stray Kids” right in my own ears felt unreal. I swear, I could have cried!

Reality hit when I remembered that I had to ask a question. I was given the second spot in the line-up of 20+ questions (of all the times to get second place, why now?!). My questions: Is there anything you want to try in the Philippines? Are there places you want to visit?

Felix replied: “I have Filipino friends back in Australia. They really did suggest a food called adobo. So I think if there’s a chance, I’d like to one day try it.”

Aside from Felix, the other English-speaking member is Bang Chan, the group’s leader who, like Felix, was raised in Australia. The other members are Lee Know, Seungmin, I.N., Changbin, Han, Hyunjin.

Who would think that 10 years after I started listening to and stanning K-Pop groups, I would be meeting my ultimate 4th-gen boy group on a Friday afternoon right in the month I hit my 10th year?  It feels like my K-pop journey has come full circle. If you told 13-year-old me at that time that I’d be invited to see my favorite 4th-gen boy group, she wouldn’t have believed it.

At the end of it all, I now can’t wait to see Stray Kids perform in their own concert, not just a fan meet, but nonetheless I feel fulfilled that I have seen them in a setting other than a concert. It truly is a dream come true.

But my day didn’t end in the presscon though. I also snagged VIP tickets of the fan meet at the MOA Arena!

It was a night of fun interactions between Stray Kids and STAYs. The energy in the arena was palpable, with everyone excited to see the boys in a different light, beyond their usual performances. STAYs got to watch the boys play games and interact with fans throughout the night, no filter, and with all the (funny) “mishaps” and small moments, unlike variety shows or their vlogs that are edited. Some of the members even had the distinct honor of doing some funny and cool fan service (“Mahal kita” ringing a bell?) as punishment for losing group games, much to the joy of STAYs who must have recorded the moments so they could happily replay them over and over, long after this night.

STAYs screamed their hearts out throughout the fanmeet. Eight STAYs even got BENCH T-shirts designed by one member, along with signed photocards. To say that they were some of the luckiest STAYs would be an understatement. Long after the night came to a close, the energy remained high as we sang Case 143 before the boys exited the stage.

MAMA Best New Artist, No. 1 Billboard’s Top Albums chart, Gold Disk Award Best Performance, Award, MAMA Most Popular Group, etc. These are only some of the few awards that K-pop group Stray Kids has garnered since their debut on March 25, 2018. It’s been almost five years and the group’s popularity has grown exponentially since then. Stray Kids follow a hectic schedule filled with rehearsals, filmings for variety shows and music videos, producing and writing their own music for upcoming projects, and even jet-setting every so often for tours and performances abroad. They really like to stray everywhere! (badumtsss)

Despite their grueling schedule, they always make it a point to keep a strong connection with their fans. They go on livestream soon after a performance, no matter how exhausted they are. Even after a packed trip and the BENCHxStray Kids fanmeet, Bang Chan, the leader, went on livestream as soon as he got into the hotel room, right before leaving for the airport for the late-night flight. A new meme even went viral within the STAY fandom after he was seen breaking down after eating a Jollibee Aloha burger which famously contains a piece of pineapple. “There’s a pineapple…” Bang Chan says awe-struck and confused to find the fruit.

Thanks to BENCH, Stray Kids was invited back to Manila to see their Filipino fans and play games onstage. Fans were given a fun 90-minute “personal” variety show. Games were played and raffle prizes given out. Eight STAYs even got customized and signed BENCH T-shirts from the boys themselves. They opened the night with God’s Menuand closed the night with their latest title song Case 143.

Even though I was tired from running around and getting to the venue, I was still energized by the other STAYs around me. Seeing all of us enjoy our time together with Stray Kids and screaming our hearts out as they performed made me all the more excited to anticipate their concert. At the end of the day, I was exhausted, but my heart was full knowing that I got to see them and enjoy my time in the company of like-minded fans who were just so happy to be there.

The Stray Kids fanmeet and press conference were truly an unforgettable night for me. Many thanks to BENCH for the invite to the press conference and you.com.ph for an opportunity of a lifetime.