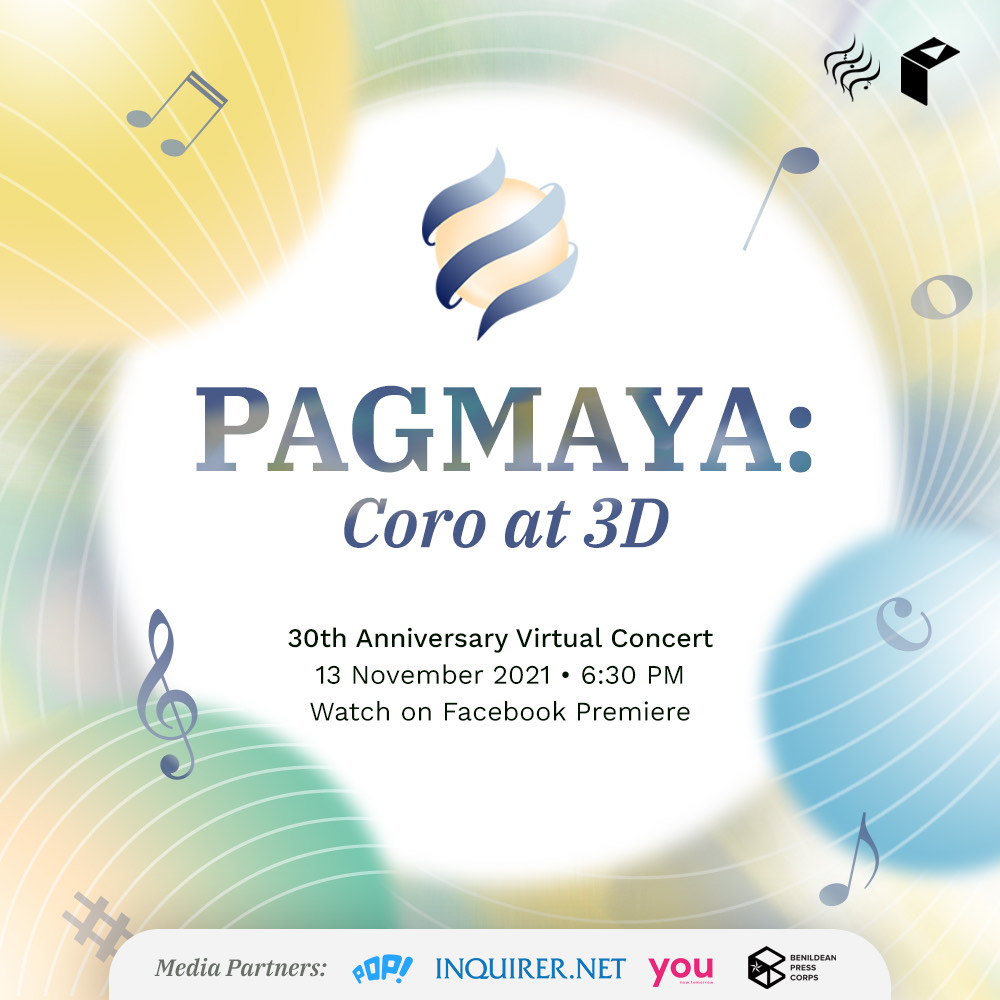 Also catch the official resident chorale group of the De La Salle-College of Saint Benilde on Tiktok, YouTube, and Spotify

Coro San Benildo, the official resident chorale group of the De La Salle-College of Saint Benilde under the School Organization of the Office of Culture and Arts, marks its 30th anniversary with PAGMAYA: Coro at 3D, a virtual concert on November 13, 6:30 pm on Facebook Premiere. The concert features performances from different batches depicting their journey through the years.

Prior to the big day, the group invites everyone to join a Thanksgiving Mass on November 7 at 12:30 pm on its Facebook page, Coro Sam Benildo. Fr. Israel Castro Cruz will preside over the Mass.

The chorale group now has a presence on three new platforms. Its official Tiktok account, @corosanbenildo, engages audiences with its covers of different songs, while its podcast Coro Backstage finds hosts reminiscing about the good old days. Listen to them on YouTube and Spotify.