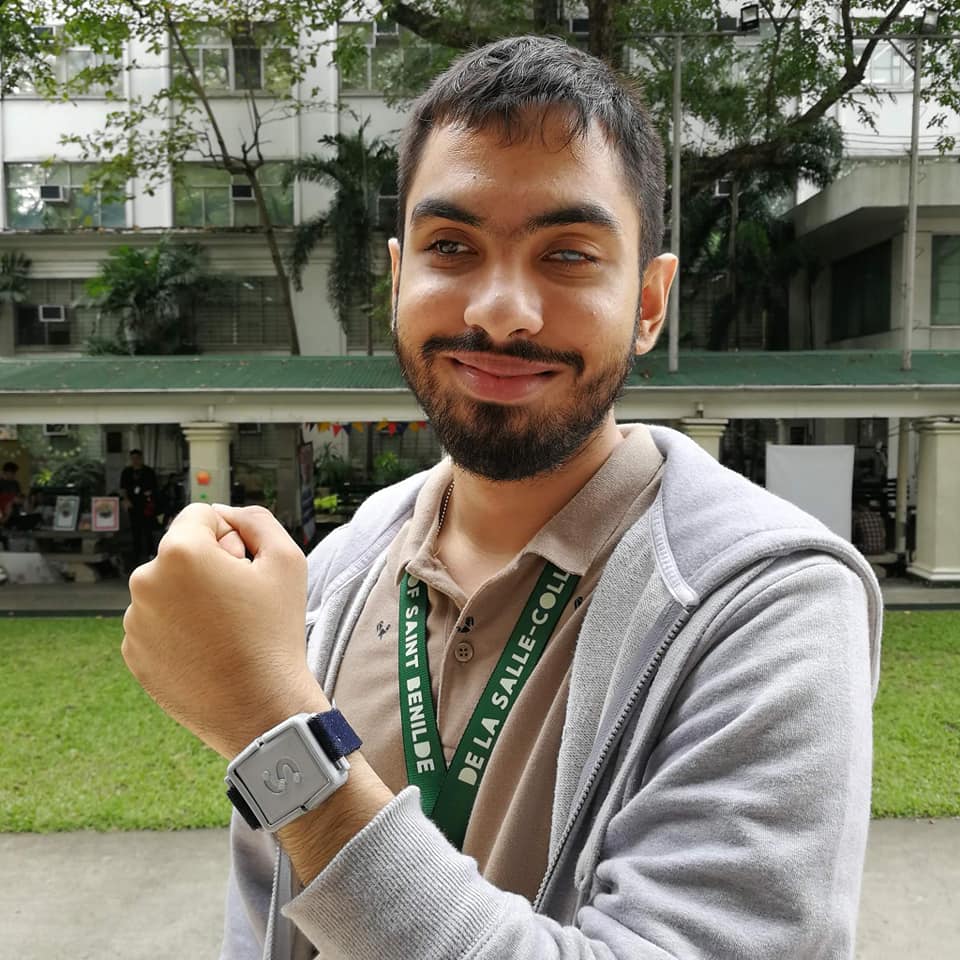 Progressively losing his eyesight, he didn’t stop from using technology to create

Sohankumar Motwani was born premature and blind on his right eye.
He soon attended school just like any other child his age and his interest in technology began when the second grader at Don Bosco Makati first held a computer.

When he eventually received his personal set, the avid reader’s interest bloomed. “What caught my attention back then was the fact that it wasn’t just about playing games. Computers allowed you do so much more – learn, customize and create.”
By this time, his one dream was to pursue a Computer Science degree in college.
However, at age 15, the vision on his left eye started to blur. “The doctor said it was all because I was born premature,” he recalled.

“The attending doctors stated they had done everything they could. We even tried to seek further treatment in China, but were advised there were no other possible solutions available,” he remembered.

“My parents warned me that I would not be able to live as normally as I was used to.”

This drastic change and impending reality came with years of depression. “It was like the end of the world for me,” he sighed. “But the greatest thing that I have learnt all throughout my journey was acceptance.” he continued.

“Naturally, there were a number of unanswered questions that greatly bothered me. However, here I am now and I need to move on. If I did not learn to accept it, then I would not have been able to look for ways to move forward.” This was a turning point in his life.

After a two-year medical break, Sohan decided to complete high school. He was very grateful that Don Bosco Makati willingly welcomed him back. Trying to pick up from where he left off was not easy at all. “It was a change in lifestyle,” he admitted. “I used to work as I saw things, but now I have to work as I hear them.”

Sohan was able to overcome this great challenge, with the assistance of the non-government organization Resources for the Blind, which provided technology that converted all his textbooks to soft copies to be read aloud by text-to-speech functions.
Come graduation day, Don Bosco Makati granted him the St. Dominic Savio Award in recognition for his dedication in completing and acing his secondary education.

When it was time to decide for further studies, the Resources for the Blind recommended De La Salle-College of Saint Benilde (DLS-CSB) for its inclusive approach. With additional encouragement from caring family and close friends, Sohan found his calling under the Information Systems Program. “I realized that it was actually more than what I was looking for,” he beamed.

When he first entered Benilde, his friends brought him around the campus. He familiarized himself despite his limited perception. Shortly thereafter, he completely lost his eyesight, but he can already navigate around the vicinity with his cane.

Sohan believed that he was able to chase his dream with the backing from his family, friends, and professors who always ensured that he was never behind in the lessons. “I even had a mentor who personally met me once to twice a week to check how I was doing in class,” he narrated.

“Fully losing my eyesight was a really big adjustment from my end, but Benilde attuned quite well with me. The atmosphere was very warm and I was reminded once again that inclusion is in the college’s DNA because I really felt it firsthand.”

In his second year, Sohan started to work as the web developer for the Student Publication Office, which automatically granted him 50 percent scholarship plus an opportunity to enhance his skills in the field.

Shortly thereafter, Sohan, together his friends Mark Christian Yu and Anna Alexandra Nery, conceptualized and created SOHAN, a smart navigation app designed to assist the visually impaired. It is comprised of three platforms: a mobile app that sets and reads the destination, a wearable device that follows unique patterns of vibrations for instructions, and a web app that allows the guardians to check the current location.

It features chat messaging and emergency alerts for easier connectivity. The team has completed the prototype and is working on the official release to ensure the safety of the probable users.

He worked as a junior full stack developer in a local start-up e-commerce fashion company in Makati, and is now the software engineer of homegrown food mobile app Booky. He is involved in his family business and is experimenting in a finance-related project with a friend as well.

Sohan can no longer see colors. He cannot even tell whether it is day or night. However, there is no stopping someone fueled with a desire to learn, explore and create.

Sohan believed that losing his eyesight was a challenge that made him a better individual. Now, he claims to be more eager to survive in the real world. “I guess you can expect to see me be more focused and strive for success,” he says.