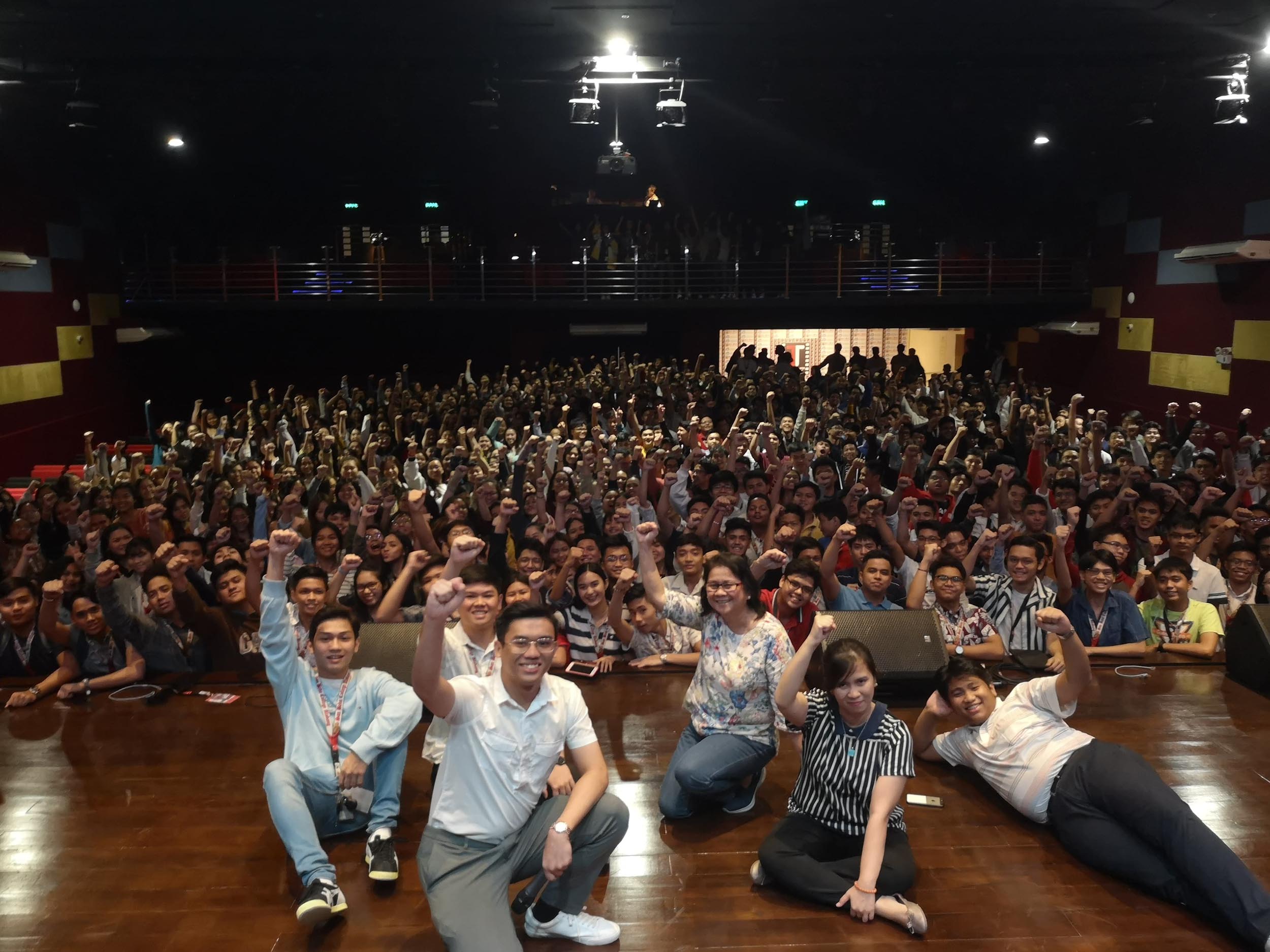 Historical revisionism twists the truth. It alters facts to suit personal agenda. Fake news, including fake “records,” has been manufactured to influence public perception and opinion.

There is an urgent need for honest and unbiased legitimate stories, especially firsthand experiences and with recorded data for authenticity.

The then San Beda College Alabang’s Senior High School Central Student Government thought of a way to draw more interest to Philippine history and its relevance to current events. It hosted a screening of an award-winning independent film, “Liway,” at the school’s new Tugade Auditorium.

It is based on a true story. Liway was the New People’s Army (NPA) commander Liway (Ma. Cecilia Flores-Oebanda) and the film is about her life in a prison camp during Martial Law. It is told from the point of view of her son, Dakip Oebanda, the film’s director and cowriter, who actually grew up in prison with Liway.

As life in jail becomes more difficult, Liway (played by Glaiza de Castro) struggles to raise Dakip (Kenken Nuyad), as the child grows more curious of the outside world and what freedom feels like.

Before the screening began, it was announced that Liway and Dakip were in the audience.

When the end credits rolled, the students broke into loud cheers, and then fell silent as they listened to speeches by school administrators and the   Central Student Government president Johann Oscar Coscolluela and vice president Kenan Clark Gawaran.

They discussed ideas from the film and how they tied up with present issues that continue to plague the Philippines. They also encouraged students to be more aware of social issues that affect Filipinos, no matter how absorbed the students were in their lives and aspirations.

“The only way change can happen is if we change the culture of our community,” he said. “We must start caring for one another, advocate peace and love, not chaos and hate. We must care for the people who are affected by the atrocities of society and the government, regardless if they are friend or foe. Change must come from society itself, not from those in power.”

Gawaran pointed out: “History’s essence must not always be confined to delivering the narratives and stories of the past. It must, in its fullest sense, serve as a means for enlightenment and telling the truth. This truth must come from the stories of the masses, (including) dissidents such as Commander Liway, those who suffered (from oppression), stood and fought (the dictatorship).”

Gawaran concluded by stressing the need for action in society. “After watching the film, the ball of responsibility is now in our hands: to stand, to fight or, if necessary, to suffer for the sake of the truth. For, as the old saying goes, it is only through the truth that films like ‘Liway’ deliver, in which Filipinos and our country will finally be set free.”

The students had something to say about the event.

“I think showing ‘Liway’ was very timely because of the ongoing issue regarding Imelda Marcos,” said Jose Emmanuel Ellescas, a Grade 12 student of humanities and social sciences. “I saw how Filipino rebels struggled during Martial Law and how they were treated in prison camp.”

Added Shaira Marie Guiyab, editor in chief of the Bedan Roar, and a student in the humanities and social sciences track: “It was extra! I didn’t expect to see Commander Liway in person. Will keep in mind everything she said that day.”

Events like the “Liway” screening show the need for a detailed look into the stories in media, to separate fact from fiction.

It also serves as a reminder to every Filipino citizen, not just to the ones in power, to be more aware and concerned about what’s happening in the Philippines.

We have everything to gain when we get involved in the events that shape the present and future of our country.