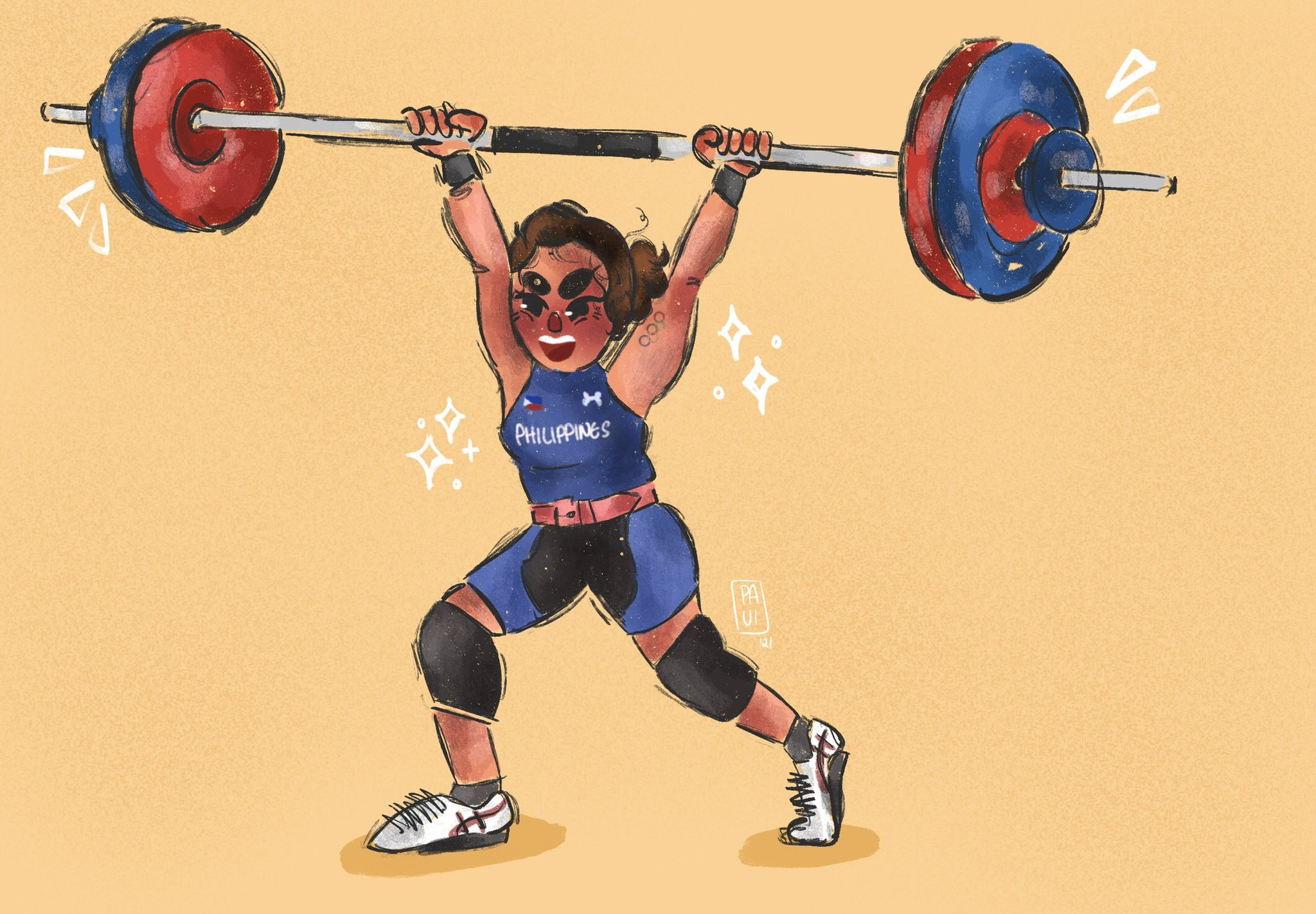 Her screams were more than just reactions to her victory

The empty seats against the background of blaring speakers set an eerie tone for the 2020 Olympics. What was supposed to be the pinnacle of an athlete’s career was suddenly diminished into an empty stadium. The cheers of the crowd were replaced by the awkward clicking of oversized cameras, and perhaps the chit-chat of the people behind them. As much as we tried to safeguard the event, COVID-19 still managed to make an appearance in one of the biggest events of the year—and that was evident from the get-go.

But just as the Philippine flag represents a whole country of proud individuals with its red, white, and blue hues, that day, Hidilyn Diaz was the sun. The atmosphere was tense, but not the kind of tense where fists are balled and harsh words are exchanged. Instead, the event radiated what felt like a lethal combination of admiration and competition. For Diaz, it was the result of years of being the underdog—the punching bag for other bigger countries, like what our own government has been using us for. Her mind was clearly in the zone, her chest rising and falling to the rhythm as her impatient heartbeat, and I could imagine the anxiety all Filipinos felt while waiting for her turn.

Watching one of our countrymen triggered a range of emotions in me that was hard to explain. I was optimistic—because, why in the world would I not be—but I also found myself suppressing the desperate hope I had bubbling in my chest. There was a mixture of denial and the desire for the Philippines to win something after an undeniably tough few years, as I held my breath to see if she would be able to lift a total of 280 pounds of dead weight above her head. And she was.

Her screams were drowned out by the applause and the voice of an excited commentator. But I heard her loud and clear. For most countries, winning a gold medal is standard or, dare I say it, expected. The United States has won gold in the Olympics over 2,000 times, followed by the UK, Germany, and France. But the Philippines has had no such luck. Her screams were more than just mere reactions to her victory; they were the release of anger, frustration, gratitude, and the passion she had poured into her sport. It was the last push to break that glass ceiling that kept us from proving ourselves on the world stage. It was the drive that fueled her discipline to become what she is now: the first Filipino gold medalist.

As she folded her palms together to express her disbelief, I am reminded of how she got here. The glitz and glamor of having a whole gym dedicated to your sport is not a luxury we have here in the Philippines. Support from the government was nowhere to be found when Diaz was still on her journey to this year’s Olympic games. In fact, the opposite happened—she was accused of plotting against the Duterte administration in 2019 while training for the upcoming event. It was a true slap in the face from the very country she was representing.

The petty rivalry the government was attempting to encourage with an unlikely matrix of individuals allegedly trying to “oust” the President symbolizes the clear divide afflicting the country. The paranoia, given more respect than the rights of Filipinos, is the cause of our crumbling democracy—an ideology we have earned the right to keep with our nation’s coming of age. To try and turn the whole population against someone with the same colors of red, white, blue, and yellow in their DNA shows how deeply embedded that fear is.

So, when Diaz was awarded her well-deserved gold medal, I did not see just a shiny pendant around her neck. Each gleam of the medallion was a reminder of the challenges Filipinos face every day. The tears that fell to the beat of the national anthem was for all the people who have to walk hours to catch the bus every day on their commute to work. It was for the long, excruciating quarantine that left millions without a job, and health workers exhausted. It was for the Filipinos who, time and time again, proved their resilience against an incompetent government and a country struggling through turbulence. The 280 pounds was what we needed to remind all of us of that.

One day I hope to have the privilege of meeting Ms. Hidilyn Diaz. I would like to shake her hand, give her a big hug, and express my immense gratitude to her for lifting so much more than what she did that day. She has given Filipinos something to strive for, something to believe in, and someone to look up to. I guess you could say she is a triple threat.

Originally published in the www.thediarist.ph

Artwork by paui 🌞 (@fueledbysiomai) , a 22 year old illustrator living in QC (Quezon City)! She draws to feed her three cats.

She is a 22-year-old International Relations graduate of the University of Navarra in Spain. She enjoys reading, baking and playing mahjong, preferably with gin and tonic within reach. She is an advocate of social equality.