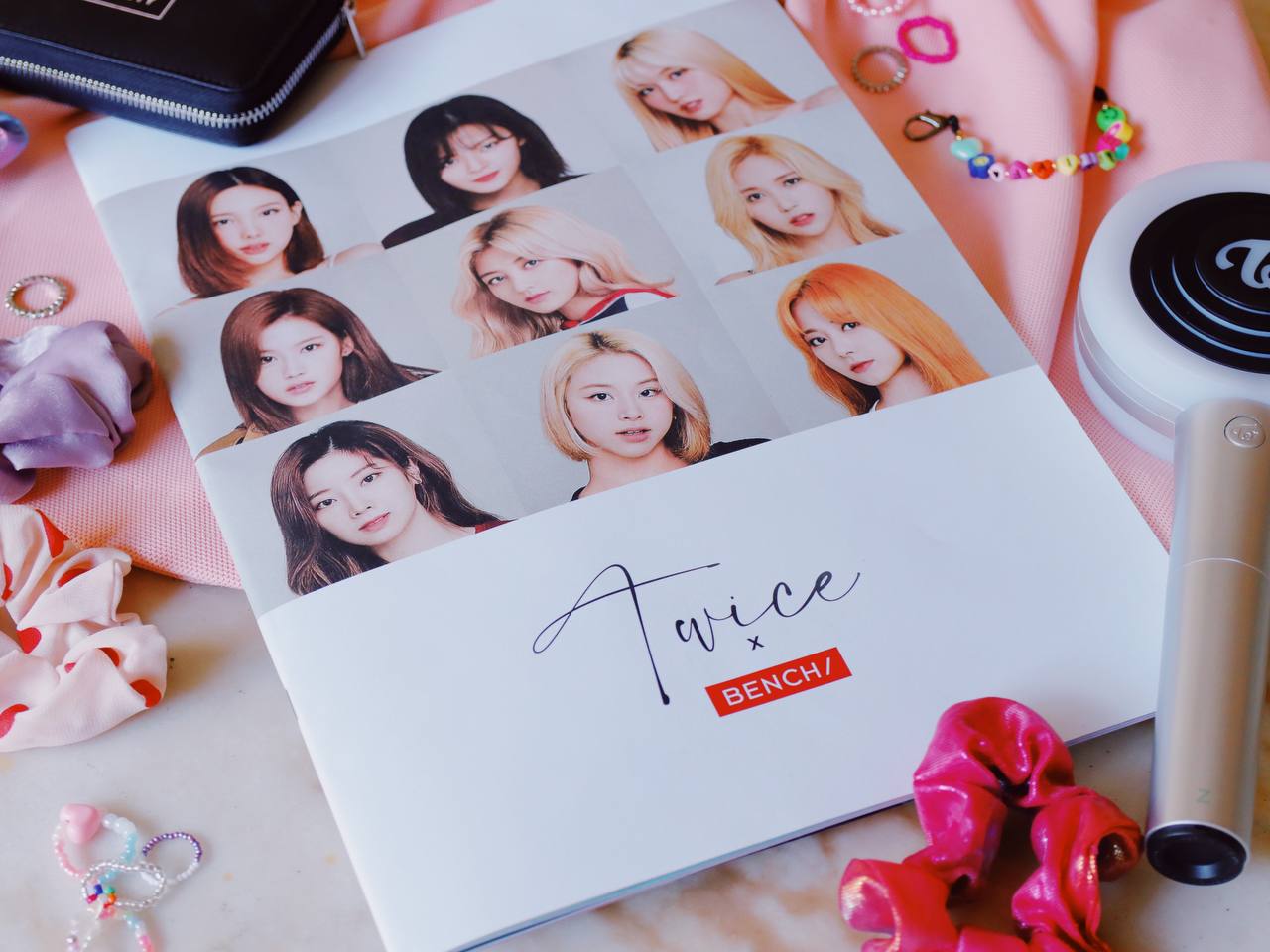 YOU had a one in a million opportunity to chat with global K-pop group TWICE.

TWICE danced the night away at the Bench virtual fan meet live from Seoul via Kumu last June 27, sporting their featured collection.

The members performed songs from their 10th mini-album, Taste of Love, which debuted at No. 6 on Billboard 200. Among the three versions of their album, Fallen, Taste, and In Love, the members voted for Fallen as the best concept. Each of the nine members slayed the sultry vibe wearing dresses made from patterned silk scarves. They wish to have a Disney Princess concept someday.

This was followed by First Time and Scandal, in which some members were credited for writing the lyrics. The girls want to try producing jazz and hip-hop music in the future.

The last performance, I Can’t Stop Me, was a song they released last October 2020 that then soared to No.1 on the Billboard World Digital Song Sales chart. They hope to show it again to their fans after the pandemic.

During the event, the Kpop group learned some FIlipino slangs, including “sana all”. The girls laughed since one of the members was named Sana. Jeongyeon was not able to participate in the event due to health reasons. Nevertheless, the fans turned on their mics to cheer for her.

The rest of the members were divided into three teams to play Make Me Go Pinoy, wherein they had to guess the corresponding Filipino word for the photo flashed on the screen. It was quite a challenge for them but Filipino ONCEs (fandom name) loved their cuteness, and they made up for the points as they did well on identifying the songs from the dance cover entries sent by fans.

The host Sam Oh also facilitated trivia games among the fans through a Kahoot quiz. BENCH spoiled 360 fans a little more for those who got the purchase packages worth PHP 5,000 and above, with a chance for a meet-and-greet with the members. The other winners received a bunch of freebies: a main event ticket, a signed album, a photo book, and photo cards.

In their Global Press Conference the Nation’s Girl Group chose Manila as the most memorable city during their 2019 Twice: Seize the Light world tour because of the exceptional energy of Filipino fans, “as if there was another ongoing concert,” Jihyo stated.

TWICE are happy to meet their Filipino ONCEs, whom they’ve missed as Global BenchSetters. After the pandemic, besides having a concert tour, the members want to explore Philippine tourist destinations and Filipino cuisine.