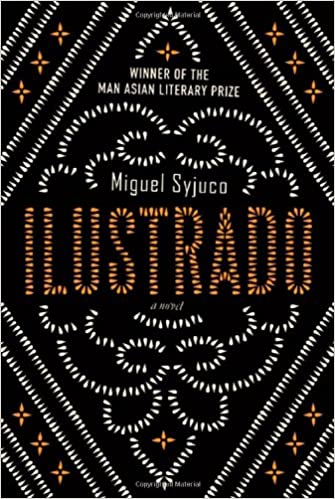 The coronavirus pandemic, the world’s worst in recent memory, has forced billions around the globe to self-isolate and be unwilling witnesses to history unfolding. But as we take stock of what’s unfurling around us, from protests to political upheavals, perhaps this extended lockdown is an opportune time to read up on our country’s very own (and often forgotten) history. These lit recs will give us fresh perspectives as our own history is made every day.

“Your real home country will be that common ground your work plows between you and your reader. Truly, who wants to read about the angst of a remote tropical nation? Everyone’s got enough of their own, thank you very much. Angst is not the human condition, it’s the purgatory between what we have and what we want and can’t get.”

Syjuco’s 2008 novel masterfully weaves a story presenting the Philippines as the protagonist of a grand global coming-of-age tale, a vital critique of the birth pains of what has been a turbulent democracy for the past 50 years. The themes Syjuco touches on, such as corruption, systemic injustice, and the loss of both life and opportunities are ideas that have never been more relevant in the country as now.

A brazen indictment of the Martial Law period, Lualhauti Bautista’s 1983 political thriller focuses on a mother worrying for her activist children at the height of the Marcos regime. Bautista explores non-traditional sides of the story that highlight the regime’s abuse: what kind of government can be respected if a mother is forced to choose between abiding by the law and fearing for the life of outspoken children? Written in Filipino, Dekada 70 remains a stark homage to the thousands of individuals who lost their lives in the near-totalitarian rule.

A story of a place as much as a person, the novel follows inexperienced probinsyano Julio Madiaga as he traverses the shops and slums of Manila in search of his missing childhood love, Ligaya. Slowly, his naivete and idealism are corroded by the hardships, abuses, and injustices he experiences. Writing in efficient, sharp, and powerful Filipino, Edgardo J. Reyes paints in stark, saturated colors the tragic suffering and honest hope of the Filipino everyman. The titular city’s streets have changed, but their pressing stories remain the same.

A group of former WWII guerillas living in San Francisco off veterans’ pensions struggle to die with the same honor and dignity with which they so bravely lived and fought. They trade stories, celebrate birthdays, write letters, remember together, suffer together, laugh together, and ultimately endure with a dogged and stirring determination. Written in series of intimate vignettes, Benjamin J. Pimintel deftly tells the story with the care and respect befitting these forgotten heroes.

“Without a word he turned away to face the sea, in its distance the island of Corregidor and the blue mountains of Bataan.”

Often, we do not know enough history. What we know are more disjointed anecdotes and facts that feed into our nation’s mythology. What we need is a critical understanding of how we got here and where we can possibly and should go. Austin Coates’ 1968 biography is a comprehensive and reliable start. The book details the familiar milestones of Rizal’s life against the socio-economic backdrop of his time; explores his relationships with a multitude of personalities, from Calamba to Heidelberg; and probes the inner workings of one of our country’s greatest minds.