Doing a BTS Dynamite-inspired shoot with this phone camera 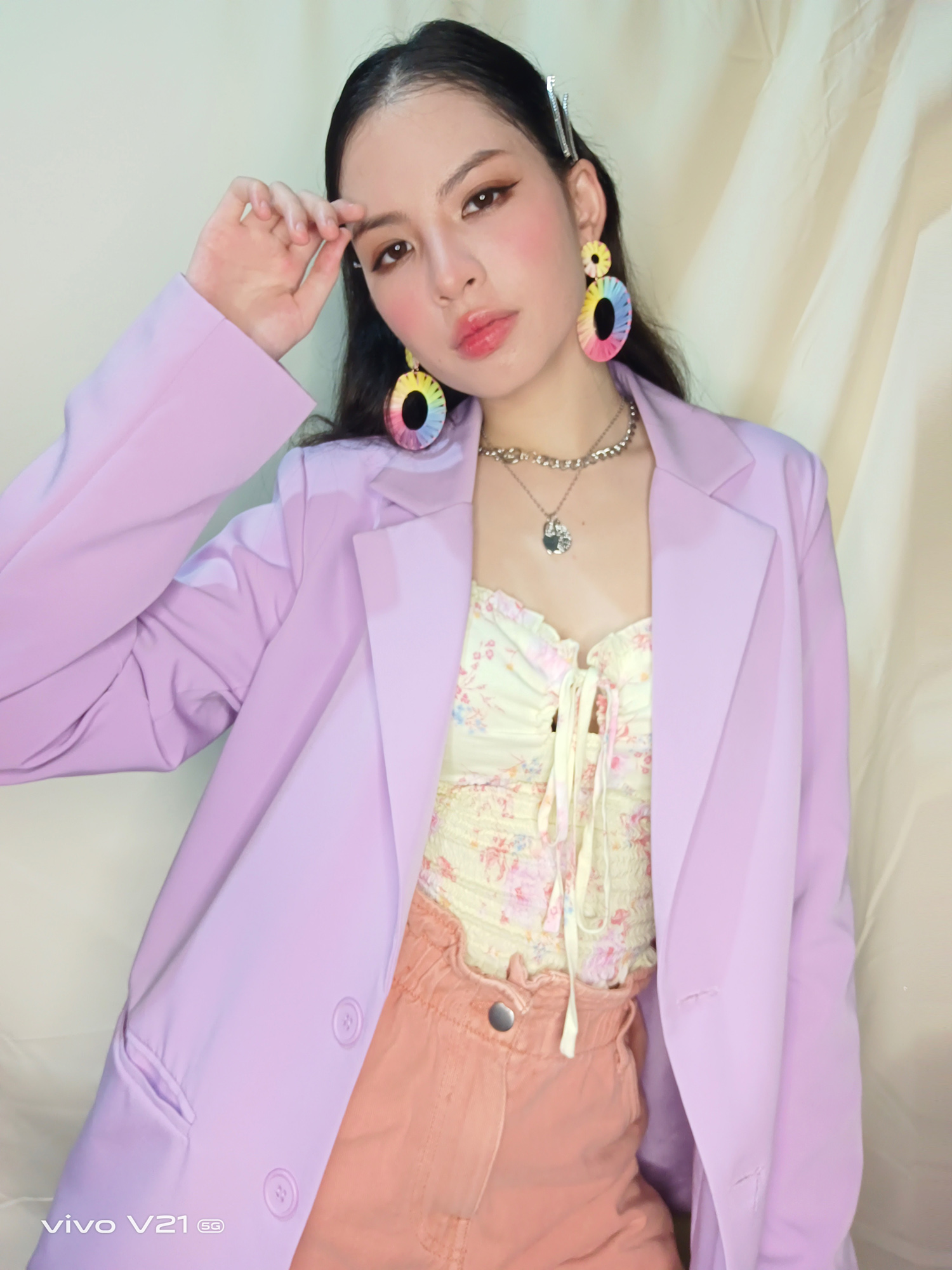 Straight out of the box, V21 5G is a student creative’s new best friend

Just a few days after its launch, You.PH was able to test out Vivo’s latest mid-range flagship phone, the V21 5G. Surely, Vivo made an impression on its consumers when it was released on June 5, 2021.

For tech-savvy, the V21 5G runs on a MediaTek Dimensity 800U 5G chipset with an octa-core CPU. With its fast processor is an 8GB+3GB RAM, which all together improves the user experience by allowing applications to run smoother and faster. Simply, the V21 5G won’t disappoint. The flagship phone also sports an AMOLED screen with a 90Hz display, a 4000mAh battery capacity, a 33W flash charger (fast charging), and an under-display fingerprint sensor.

With all that has been mentioned, the most eye-catching feature of the V21 5G is its camera — as vivo calls the V21 series as “The New Portrait Master.”

That is why we tried out the vivo V21 camera phone and did a BTS Dynamite-inspired fashion shoot with all the bright pastel colors for added effect.

The V21 5G’s selfie camera is its main feature. The camera is equipped with a single 44 megapixel-wide lens with auto-focus (AF) and OIS paired with a dual-LED flash. The selfie camera also shoots both ultra-stable 4K resolution and 1080 resolution videos at 30 frames per second ((without OIS).

And indeed, that’s a lot of tech talk. But the real question now is, should you buy it? We’ll give you a short answer: If you can, go for it because it will be worth your money, especially if you’re a creative and social individual.

Visit https://www.vivoglobal.ph/phone/vivo-V21e/ for more details on the vivo V21 series.