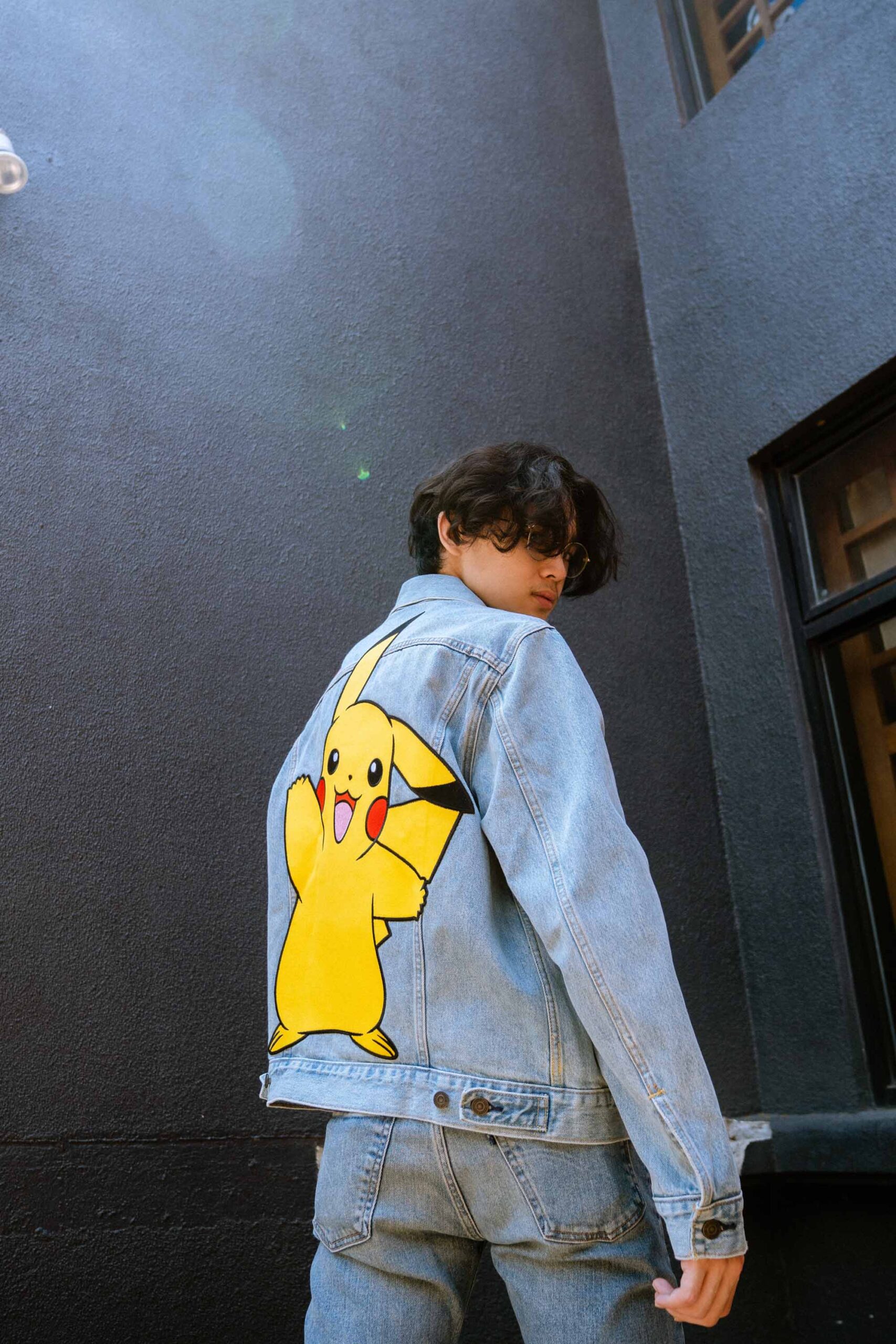 The bright yellow furball called Pikachu just might do the trick in brightening up your otherwise drab day in this pandemic.

Pokémon has become a global phenomenon and to commemorate its 25th year milestone, the world famous anime and game series has launched a collaborative capsule collection with Levi’s.

“It’s so fun to hear people talk about their love of Pokémon,” said Karyn Hillman, chief product officer at Levi Strauss & Co. “The fact that we had this ability to play and create with so many iconic Pokémon and characters was really a special experience. It’s such a thoughtful collection that respects and celebrates the world of Pokémon, and it was so cool mixing our icons and history with theirs — it’s nostalgic and optimistic, with a little bit of escapism.”

The collection is designed for both men and women, which ranges from denim, tops, bottoms, fleece, tees to accessories like caps to bags. But perhaps the most standout piece is the ‘90s style vintage fit Trucker denim jacket with an oversized embroidered Pikachu. Though Pikachu is the main star, other characters such as Ash and Misty, Snorlax, Butterfree, Jigglypuff, Charmander are in the collection.

The design team made sure that the collection cuts across demographics, since Pokémon is often associated with kids, “But that’s not true,” adds Hillman. “So many adults love it and look back on Pokémon with a lot of nostalgia, so we wanted to make sure we captured that feeling in the collection.” The ‘90s fit gave the collection more attitude.

Fervent Pokémon fan, Roy Advincula, a Filipino teacher now based in Japan, explains his view on why the series/video game still has a huge following, “The fans grew up with it, and mainly there’s an appeal about collecting something.”

Pokémon is appealing to both boys and girls. He adds that Pokémon nostalgia is so big in Japan—originally called Pocket Monsters— that they even have official Pokémon-theme weddings.

And perhaps just like the series and the games, Pokémon fans would definitely grab the collection and “catch ‘em all.”

The Levi’s x Pokémon collection is available in selected Levi’s stores in the Philippines.